(Editors note: My ole friend Pei Chi is back with a beautifully done pick-up. The finish on this model is awesome. Photography doesn’t really do it justice. All done with Gunze Lacquers. Thanks for sharing Pei!) 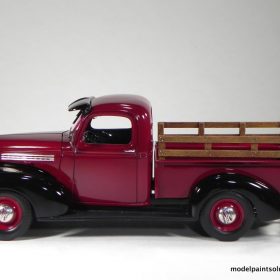 The kit comes with parts to build a stock pick up or one with customized wheels and intake system. I chose the former.

Most of the kit components come together pretty easily as the model is well engineered although I did have some issues with the windshield, window visor, and some of the chrome parts. 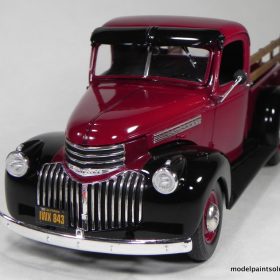 The windshield is designed so that it can be positioned either open or shut just like the real truck. However, there isn’t much of an attachment point when the window is in the open position so I had to use a small dab of CA glue at the right point and apply accelerator with just the right timing to get the windshield to stay where I wanted it. It was a bit of a juggling act. 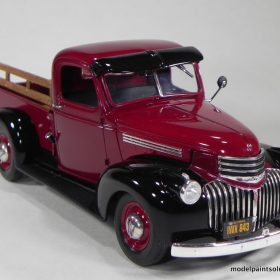 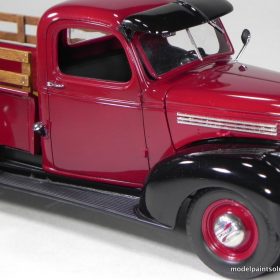 As for the visor, there are no attachment points so tiny dabs of CA glue were used to fix it into position: another little juggling act.

The model was painted with Gunze #100 “Wine Red” and Gunze GX2 “Ueno Black”. After spraying, the Wine Red required much attention in the form of multiple rounds of wet sanding with fine grit sand paper. This was followed by buffing using Tamiya buffing compound and a lot of elbow grease until I was satisfied with the finish. Almost no sanding or buffing was required on the black portion of the pick up. 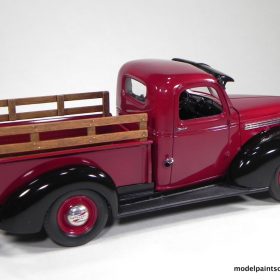 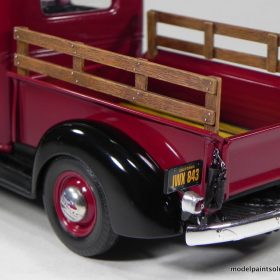 It was during the final assembly that I had some issues with the chrome parts. The Chevy logo on the hubcaps is nicely molded and I didn’t want to cover it with the hubcap decal supplied with the kit.

I tried painting the logos and wiping off the excess paint with a cotton bud moist with Gunze thinner. It worked except for taking off some of the chrome as well!?!?!? This brought a halt to the project while I tried to come up with a remedy. 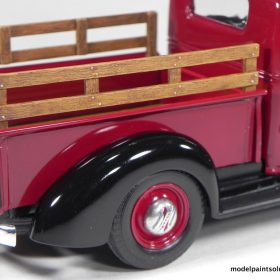 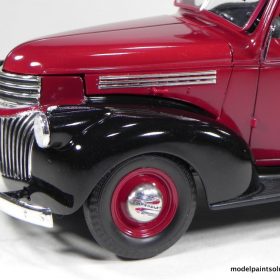 After the painting and assembly were done I was assessing my work when it struck me that it didn’t look right without tailgate chains. I therefore scratch built the chains using pieces cut from a necklace and covered with heat shrink tubing. The ends of the chains were attached with hand made pins. For attachment to the tailgate and side bed, holes were drilled with a 0.4mm bit and the pins inserted with the chains on them. 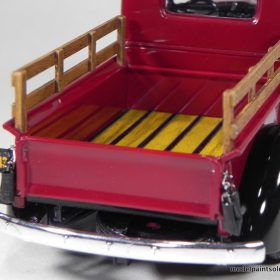 This was an enjoyable project. It involved nothing new technique-wise but I gained some experience and most importantly, I had fun. This Wine Red 1941 Chevy Pick Up is the new addition to my display cabinet and I’m quite satisfied.

Thanks for reading along. 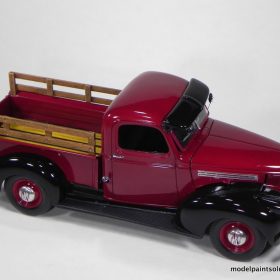 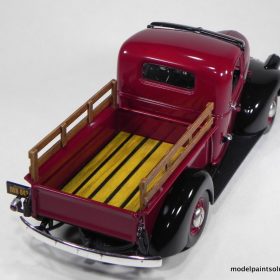 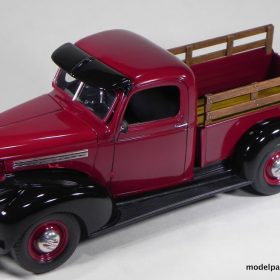 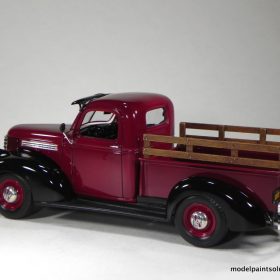 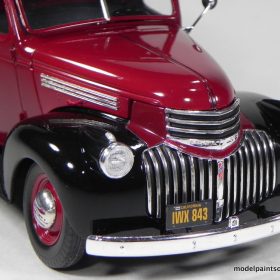 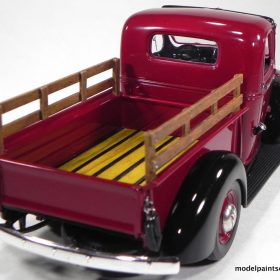