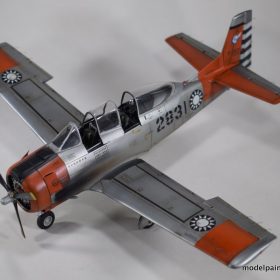 (Editors note: Pei Chi is back with a scratched conversion of the Roden T-28. Beautiful work Pei!)

Model and Article by Pei Chi

This is the Roden 1/48 T-28B Trojan kit converted into a T-28A Fennec of the Republic of China Air Force (ROCAF).  Fennecs were modified from T-28A airframes by SUD aviation in France and served in the French Air Force. The modifications included an upgraded wright R-1820 engine from B-17Gs, a three bladed propeller, under wing pylons, and an air scoop in front of the windscreen required for the engine supercharger. The ROCAF acquired a batch of 10 Fennecs to add to their existing fleet of T-28A Trojans.

The model was built with some after market items including the cockpit, cowl flaps, and decals. This kit can be a bit challenging. It certainly isn’t a Tamigawa. With some patience, it’s a fun kit to build and a good learning experience. 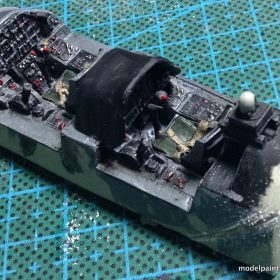 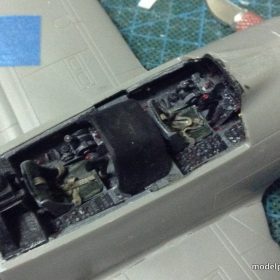 Most of the kit comes together pretty well, however there were numerous ejector pin marks which needed to be filled. The ailerons were made movable, but without any means to hold them in position. I elected to cement them in a neutral position. Otherwise it would look funny with both ailerons pointing downward. 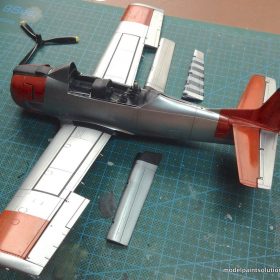 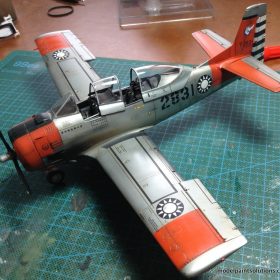 Be forewarned, this kit WILL be a tail sitter! Moreover, since the nose gear is pretty flimsy, not too much weight can be added inside the nose. 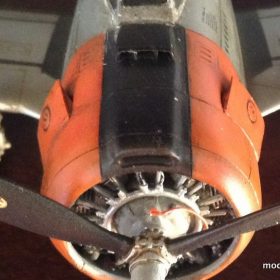 In addition, a whole section of plastic is missing on the port side inboard trailing edge just ahead of the flap. This was remedied by adding a strip sheet styrene and smoothed over with putty and blending with sanding sticks.

The air scoop on the cowling was scratch built using sheet styrene and putty then fixed into place. 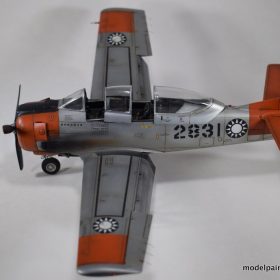 To build an early ROCAF aircraft is no easy task, as very little reference materials are available due to photography restrictions in Taiwan on military installations and equipment. A considerable amount of time was spent on researching the subject, even then much guess work had to be done such as locations of stencils used on the airframe. 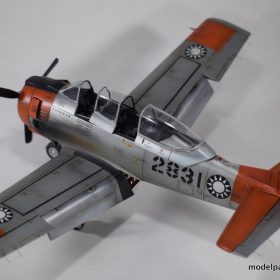 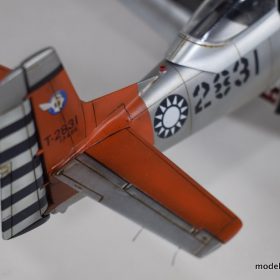 The model was painted with Model Master enamels. International orange was used for the wing panels and Silver for the airframe. After the decals were applied, a final coat of Micro Scale Satin Clear was applied over entire model.

I hope you enjoy it. 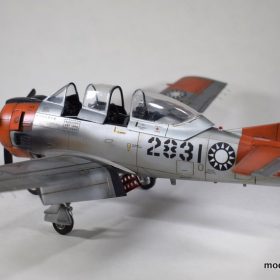 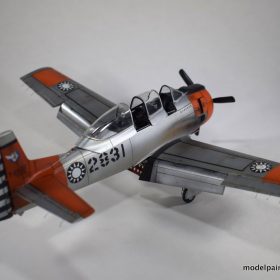 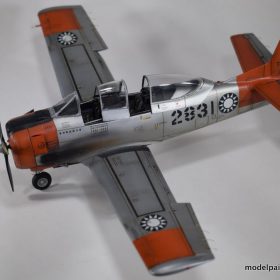 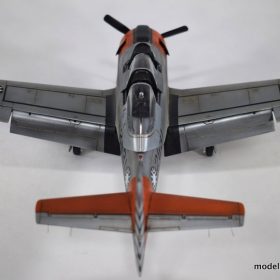 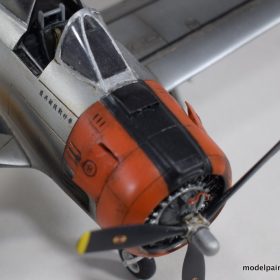 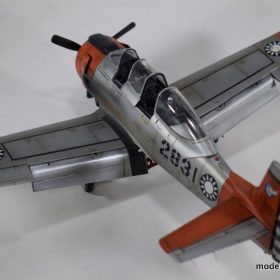 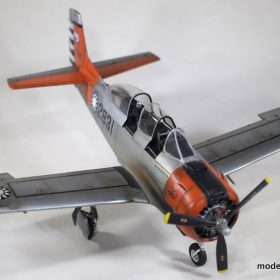