(Editors Note: I’m quite fortunate to be associated with two very established modeling clubs: the NorthWest Scale Modelers and Seattle-IPMS. Both clubs are packed with experienced modelers willing to share their techniques and expertise. A prime example is this awesome biplane jig developed by Jack Mathews. Many Thanks Jack!) 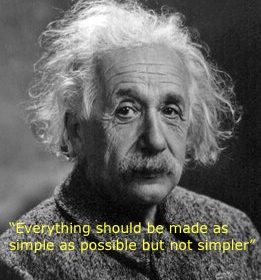 The quote is appropriate for this biplane assembly fixture; it’s simple, but it has a subtle feature that cannot be ignored.

The fixture holds the top wing relative to the bottom wing and allows adjustment for accurate positioning of the wings, dry fitting the struts, holding the struts in position as they are glued, and rigging. 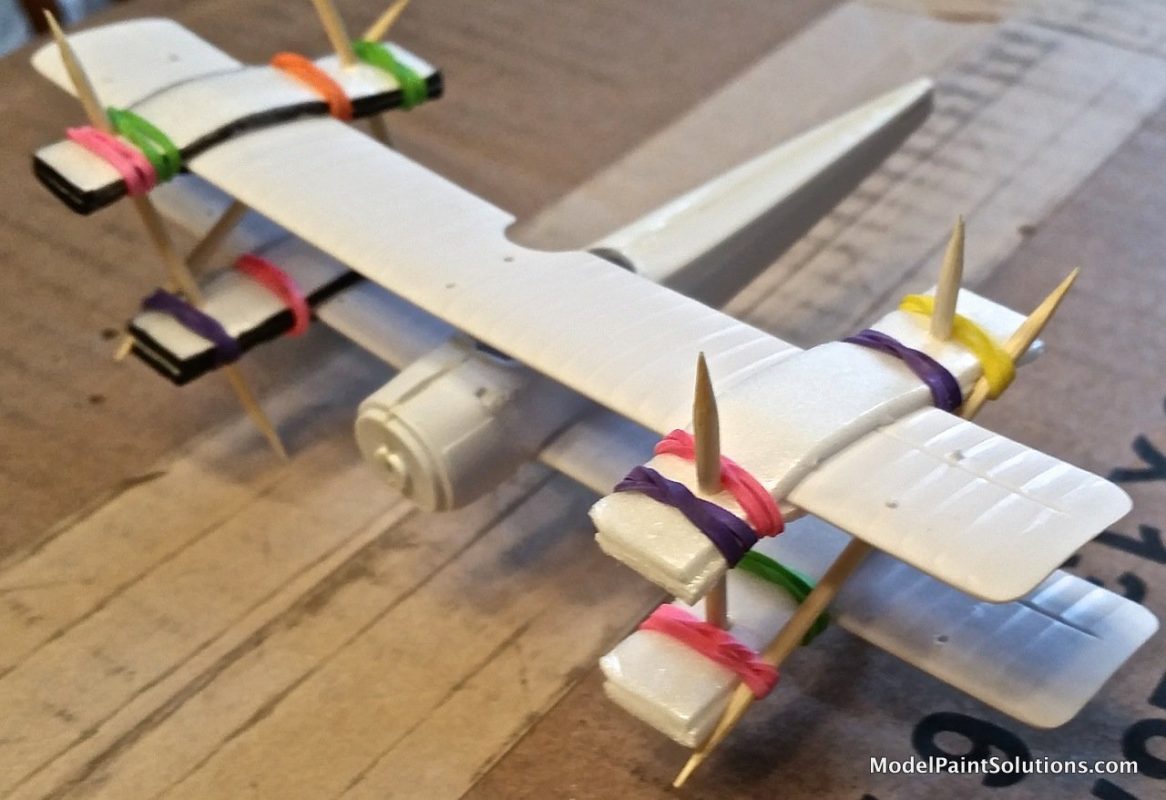 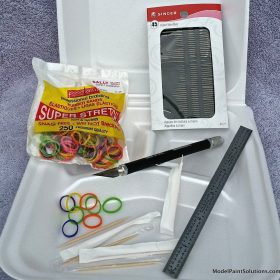 The materials are as available as the nearest strip mall: thin Styrofoam (like that from a take-out clam shell container), rubber bands (like those used to hold the end of a braid together), and toothpicks.

Tools required are also simple: a blade. I also use a metal scale as a template to make strips that are a good width for the rubber bands I use and pins (or needles) to hold the strips still while piercing with toothpicks; helpful but not absolutely necessary.

To Build the Fixture: 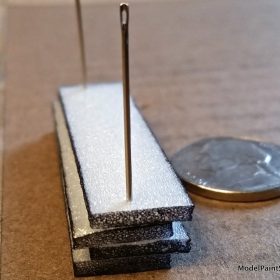 Stack 4 strips as shown in the pictures; the edges are staggered. The edges of the strips in the picture are blackened to make the offset of the edges clearer, it’s not necessary. Pinning them in place helps. 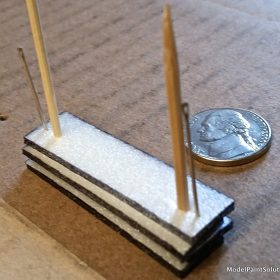 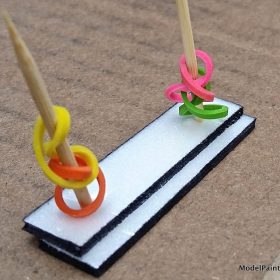 Pull off the top 2 strips, keeping track of their position. Put 2 rubber bands, twisted double, around each toothpick. 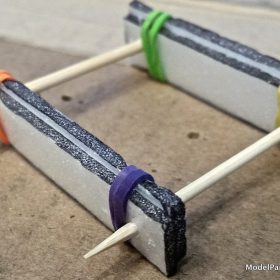 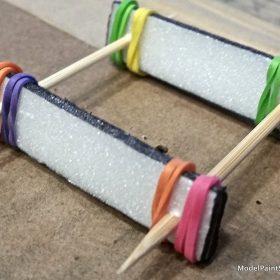 Put 4 more rubber bands on the strips, twisted double, just outside the toothpicks.

Repeat the process, making the other fixture required.

If one of the fixtures is rotated, front to back, the top wing can be used to pull the toothpicks back to square with the strips when the fixture is mounted on the biplane. 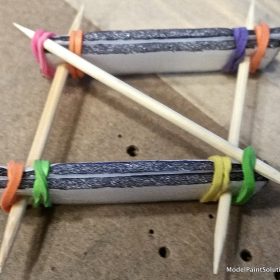 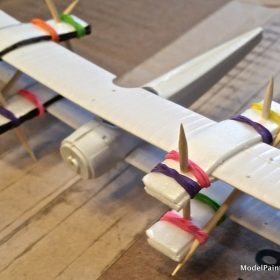 To use the fixture, put the bottom wing through the bottom strips, the top wing through the top strips, and adjust whatever it takes to put the top wing where you want it. Compare it to a drawing. Test fit the struts. When you are satisfied with everything’s location, move the inside rubber bands close to the edges of the wings. Look at it again to make sure everything is still where you want it.

Editor: Here’s a pic of the same biplane jig this time used by Tim Nelson while assembling his AB Models Farman Goliath: 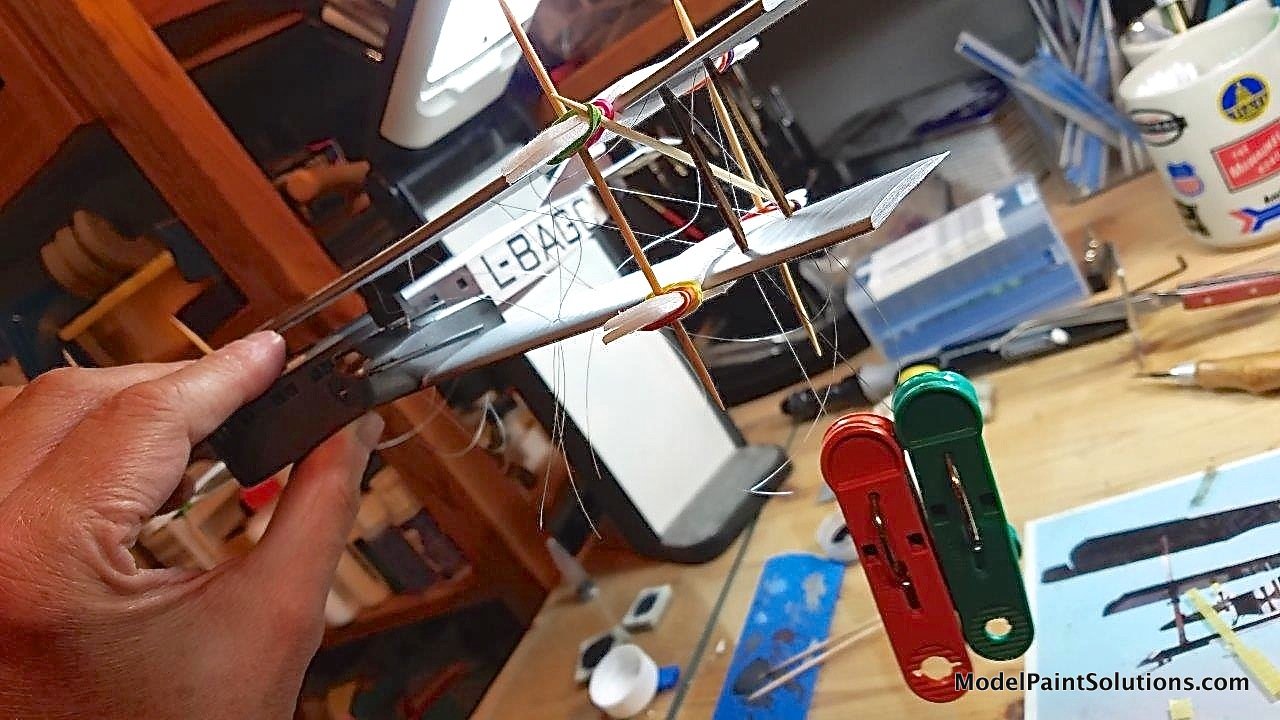