(editors note: here’s my build of the AFV Sea King)

The Sikorsky SH-3 Sea King (company designation S-61) is an American twin-engined anti-submarine warfare (ASW) helicopter designed and built by Sikorsky Aircraft. A landmark design, it was the world’s first amphibious helicopter and one of the first ASW rotorcraft to use turbo shaft engines.

The Sea King has its origins in efforts by the United States Navy to counter the growing threat of Soviet submarines during the 1950s. Accordingly, the helicopter was specifically developed to deliver a capable ASW platform; in particular, it combined the roles of hunter and killer, which had previously been carried out by two separate helicopters. The Sea King was initially designated HSS-2, which was intended to imply a level of commonality to the earlier HSS-1; it was subsequently re-designated as the SH-3A during the early 1960s.

Introduced in 1961, the Sea King was operated by the United States Navy as a key ASW and utility asset for several decades prior to being replaced by the non-amphibious Sikorsky SH-60 Seahawk in the 1990s. In late 1961 and early 1962, a modified U.S. Navy HSS-2 Sea King was used to break the FAI 3 km, 100 km, 500 km and 1000 km helicopter speed records. The Sea King also performed various other roles and missions such as search-and-rescue, transport, anti-shipping, medevac, plane guard, and airborne early warning operations. Several Sea Kings, operated by the HMX-1 unit of the United States Marine Corps are used as the official helicopters of the President of the United States, for which the call sign ‘Marine One’ is used.

The Sea King has also proved to be popular on the export market with foreign military customers, and has also been sold to civil operators as well. As of 2015, many examples of the type remain in service in nations around the world. The Sea King has been built under license by Agusta in Italy, Mitsubishi in Japan, and by Westland in the United Kingdom as the Sea King. The major civil versions are the S-61L and S-61N.

I have to say that “whirly birds” aren’t my normal fair. I preferring fixed-wing aircraft of mostly the “one true scale” and have survived on that diet for many years. I was, therefore, more than dubious when I received this kit (#14405) from AFV Club to review. Upon opening the box I quickly changed my mind. The molding and high level of detail exhibited by all the kit parts is impressive: some of the best I’ve seen in this scale.

One thing led to another and before I knew it plastic shards were flying, parts were being snipped and I was reaching for my favorite thin cement. The fit of this kit is amazing and easily comparable to the quality of moldings from Eduard and Platz. Stay tuned for a build review of this little hummer very soon.

Four sprues of light grey parts; two of clear parts (all individually wrapped), and one rather large decal sheet are what you find in the box. This provides sufficient parts for two complete 1/144th Sea Kings with four decal options: very nice.

All the parts exhibit crisp details with very fine inscribed panel lines. There is little–to-no flash and the sprue attach points on all the parts are very small facilitating damage-free removal. 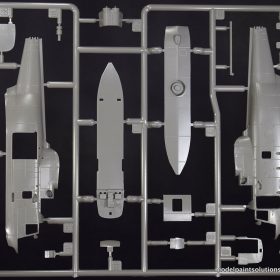 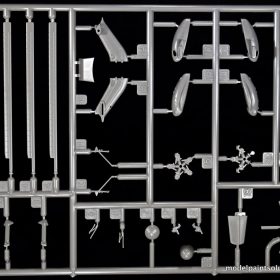 The clear parts show the same crisp, high level of detail, as do the grey parts. Test fitting of the one-piece front windscreen showed a very tight, gap-free join. In addition, the windscreen framing is in-scale but sufficiently raised to allow the use of liquid mask for the clear panels (scroll down for pics). 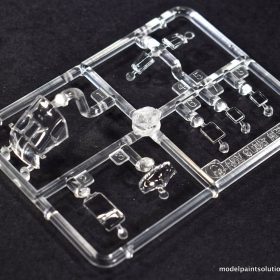 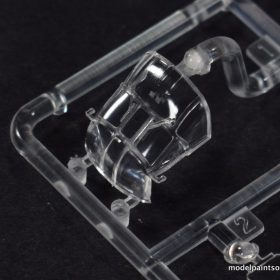 The kit can be built with the tail boom extended or folded. Likewise the rotors can be attached in either flight or stowed positions: cool.

The decal sheet, printed by AFV Club, has the appropriate hue and color with crisp registration. Markings and painting information is provided for four airframes. The aircraft covered are: 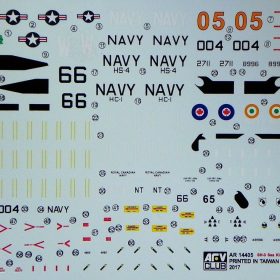 White over grey with a flat black belly. 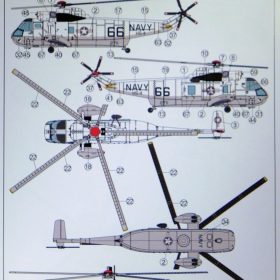 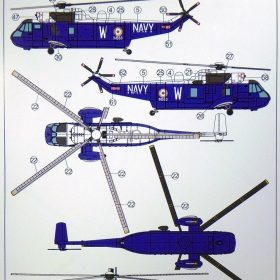 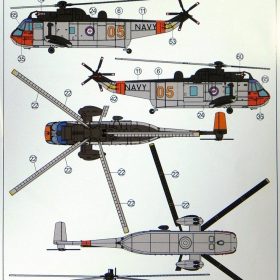 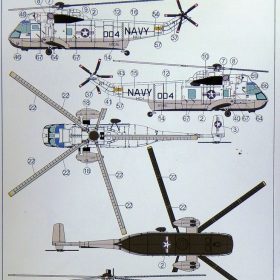 Information on the Canadian Scheme Covered on the Decal Sheet:

(Editors note: Jim Bates, the man behind A Scale Canadian, has provided a detailed review of the Canadian markings provided on the kit decal sheet and a list of modifications required to build a more accurate Canadian Sea King. Be sure to visit Jim’s site for reviews, stories, and commentaries on Canadian things with wings.)

Although scheme C is captioned “HS 50 Royal Canadian Navy, HMCS Bonaventure, 1965,” it is apparent that photos of Canadian Armed Forces Sea King 12405 which was repainted in a “retro” scheme in 2010 to celebrate the 100th Anniversary of the Canadian Navy was used as a reference. Unfortunately, the incorrect leaf is used in the roundel. The leaf used is more akin to the current RCAF leaf rather than the more natural looking leaf used by the Royal Canadian Navy prior to unification. Also the nose number of 65 is incorrect as both aircraft carried a 04 in black on the nose. Finally, RCN Sea Kings were painted in a Dark Grey 501-102 (close to FS 36118) over Light Grey 501-106 (close to FS 36373) scheme rather than the Flat Black over Gray FS 16440 described in the instructions.

This is a little jewel of a kit. The moldings are sharp and crisp and the fit is spot on. The decals are beautifully rendered and the windscreen and window parts are crystal clear. I’ve begun construction and the kit just “drops together” with no issues whatsoever. AFV Club did their homework on this kit and it shows. Highly Recommended! 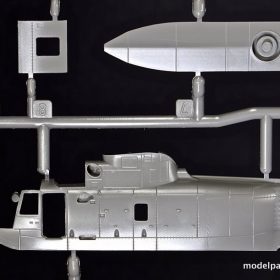 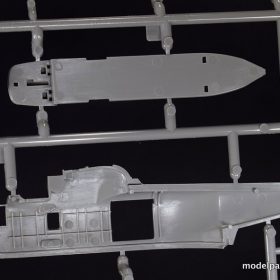 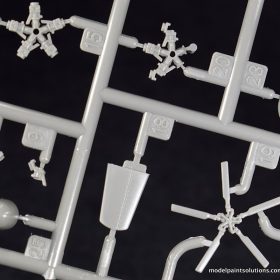 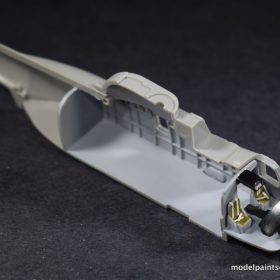