The Curtiss P-40 Warhawk first flew in 1938 as a modification of the previous Curtiss P-36 Hawk. The Warhawk was used by most Allied powers during World War II and remained in front line service until the end of the war. It was the third most-produced American fighter after the P-51 and P-47 with a total of 13,738 being built at the Curtiss-Wright production facilities in Buffalo, New York.

The P-40 first saw combat with British Commonwealth squadrons of the Desert Air Force in the Middle East and North African campaigns, during June 1941. No. 112 Squadron of the Royal Air Force was among the first to operate Tomahawks in North Africa. This group was the first Allied military aviation unit to adorn their P-40’s with the “shark mouth” copying similar markings worn by Messerschmitt Bf-110 twin-engine fighters.

Testing showed the P-40 did not have the performance needed for high-altitude operations in Northwest Europe. Spitfires used in this theater operated at heights of ~30,000 ft (9,100 m) while the P-40’s Allison engine, with its single-stage, low altitude rated supercharger, worked best at 15,000 ft (4,600 m) or lower. When the Tomahawk was used by Allied units based in the UK from February 1941 this limitation limited its use to low-level reconnaissance operations with the RAF Army Cooperation Command. Only No. 403 Squadron of the RCAF used the Tomahawk in a fighter role for a mere 29 sorties before replacing the type with Spitfires. Due to this limitation, P-40 squadrons in the United Kingdom were re-equipped with aircraft such as the Mustang from mid-1942.

From early 1942 the Tomahawk was replaced in North Africa by the more powerful Kittyhawk (D models and later). The Kittyhawk featured numerous improvements over the Tomahawk and were the RAF’s air superiority fighter for the critical first few months of 1942, until “tropicalised” Spitfires became available. Interestingly, in 2012, the virtually intact remains of a Kittyhawk was found where it had come down after running out of fuel in the Egyptian Sahara, June 1942. 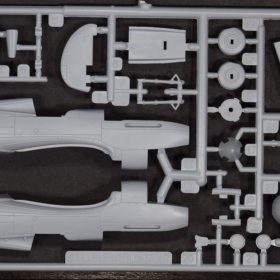 The kit comes in the small, end-opening box characteristic of this new generation of Airfix kits. The injected grey parts are provided on two surprisingly small sprues and what’s immediately apparent are the very nice, scale-appropriate inscribed details. Similarly the details on the fabric-covered control surfaces are to-scale and beautifully restrained; well-done Airfix. The sprue gates are small facilitating easy removal and there is very little flash on most parts. You won’t spend a lot of time prepping parts for this build. 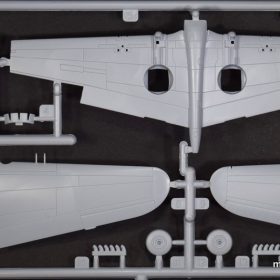 In addition to the beautifully inscribed details, the fuselage halves feature nicely detailed cockpit side panels that will look great under some carefully applied paint. Likewise, the wheel wells are beautifully detailed and include nicely rendered cloth side covers. Parts are provided to build the kit with either the landing gear up or down. Of note are separate wheel hubs making painting the wheels and tires much easier. 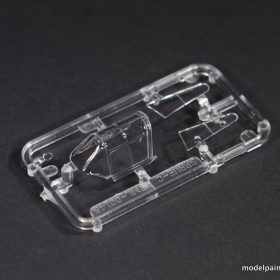 The canopy parts are nicely molded with restrained, scale-appropriate framing. The main canopy is molded closed with no option for posing it open that doesn’t involve a micro saw and some patience. Unfortunately there are some slight scratches on my example but nothing that can’t be dealt with by wet buffing and polishing.

Assembly is conventional and starts with the pilot’s office. This includes a cockpit floorboard that is part of the lower wing. The upper nose cowl and chin are provided as separate, nicely detailed parts. The single-piece rudder and horizontal stabilizer-elevator parts are well molded but preclude posing the elevators. 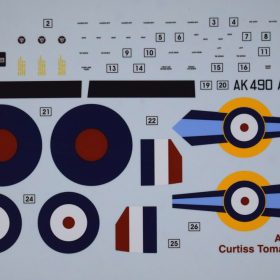 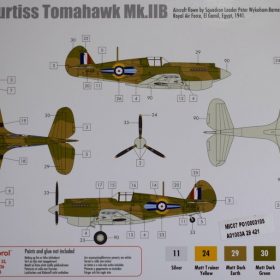 The decal sheet, printed by Airfix, has good registration and appropriate hue. Markings for one airframe is provided:

This is another in a long line of great kits from the new Airfix. The molding is excellent and contrary to some of their earlier kits the inscribed details are beautifully rendered and scale-appropriate. This is a nice kit that’s just begging to be built. Alas, so many kits, so little time. Highly recommended! 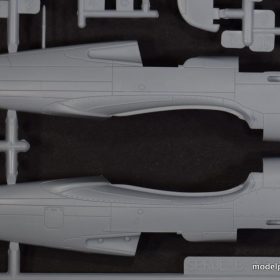 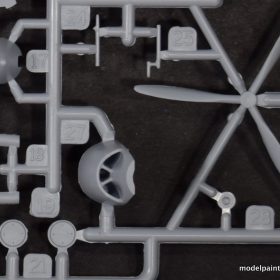 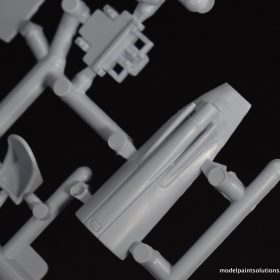 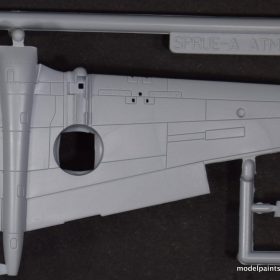 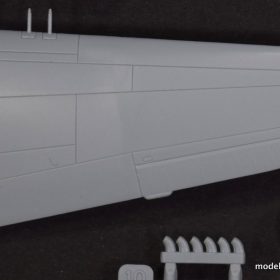