I have long admired the lines of the Chipmunk. It’s a plane that demonstrates the axiom “If it looks good, it should fly good.” With superb flying characteristics and aerobatic ability, the “Chippie” is known to be a “pilots airplane” and it certainly looks the part.

Sometime in the late ‘90’s (yea, I’m old) I had the good fortune to watch Bud Granley, an airshow pilot of international acclaim, perform a low-level aerobatic routine in a Chippie at the Arlington airport in Washington State. It stands out as one of the most graceful aerobatic demonstrations I’ve ever seen.

Luckily, there are still a few Chippies bouncing around the airshow circuit so if you’ve not seen a Chipmunk in its natural element you may still have a chance.

The Chipmunk holds the distinction of being the first postwar aviation project produced by de Havilland-Canada. First flown on 22 May 1946, the type was adopted by the RCAF in 1948.

During the late 1940s and 1950s, the Chipmunk was produced in the UK by the de Havilland parent company and replaced the venerable Tiger Moth as the standard primary training aircraft for the Royal Air Force (RAF). Interestingly, the type was also produced under license in Portugal by OGMA (Oficinas Gerais de Material Aeronáutico) for use by the Portuguese Air Force.

Chipmunks remained in service with the RAF Air Experience Fights until 1996 when they were replaced with the Scottish Aviation Bulldog. The few Chipmunks remaining in military service are maintained by various historical fight organizations in the UK as well as by the Royal Navy and Royal Army Historic Flights where they’re used to keep pilots current in tail wheel aircraft.

Many ex-military “Chippies” of various marks and engine configurations made it into private hands and the type can still be seen at airshows and public Fly-Ins in the US, Britain, and Canada. With a competent pilot behind the stick, the grace and amazing maneuverability of this airplane is a joy to watch.

I have to start with a disclaimer. I generally like AZmodel kits. Since they don’t have the fit of a Tamigawa, some extra effort will be required but this is usually nothing beyond someone with a little patience, experience, and a dust mask. 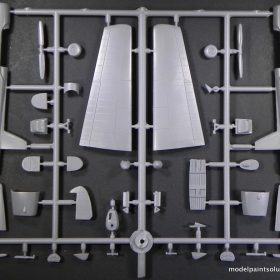 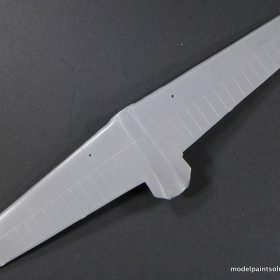 The single sprue composed of gray slightly soft plastic is strongly reminiscent of MPM/Special Hobby. The inscribed details are well done and to scale however some of the out-scribed features will require re-working with files and a scriber.

There is very little flash and the sprue gates are reasonably small. However, the surface texture is a bit rough in some areas and will require a good buffing with Micromesh prior to painting. 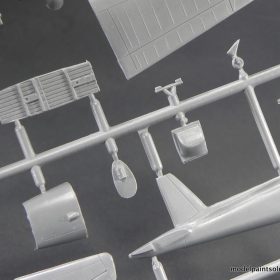 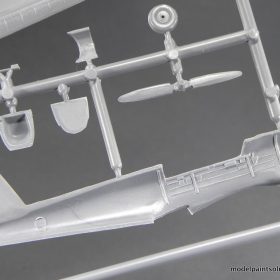 The fidelity of the detail on the cockpit parts, gear, wheels, and nose cowl is acceptable. Two different propellers are provided: thick and out of scale, they will require re-working with files and sanding sticks prior to use. The cockpit side panels are well done and some careful brushwork here will produce a nice result. 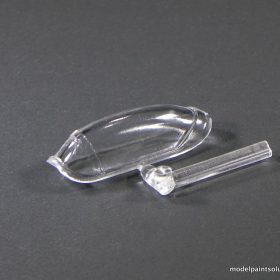 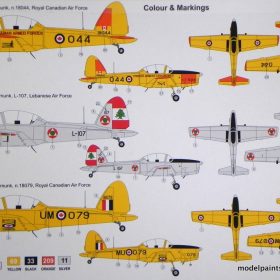 The canopy is both clear and nicely molded if not a bit on the thick side. The canopy framing is a tad heavy and would benefit from some re-working with sanding sticks. 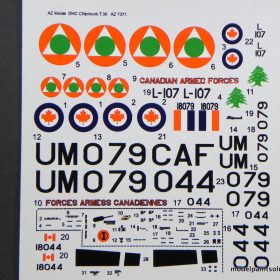 Markings are provided for three aircraft. The single decal sheet, printed by AZmodels, shows good register however the Canadian maple leaf markings appear a bit too orange to my eye. The airframe stencils are particularly nice.

This is a nice kit and a vast improvement over the old Airfix offering. The inscribed details are scale appropriate and well done. Between that and the nicely detailed cockpit, this is definitely not your Grandfathers Airfix Chipmunk. It is however, a kit that will require some extra effort to get the most out of it.

As with most limited-run kits there are no locator pins so the “name of the game” will be test fit, sand or file, re-test. More work yes, but easily within range for builders with just a little experience. The result will be an eye-catching version of one of the most recognized trainers in aviation history, the Chippie. 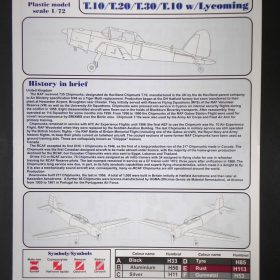 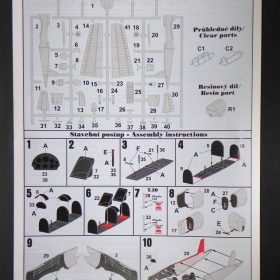 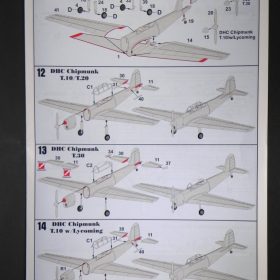 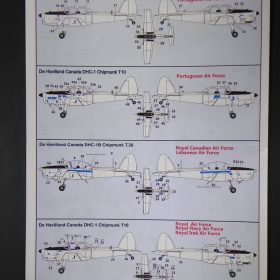