Introduction: The Northrop Gamma: round motor, wheel pants, and a tail wheel. How can you go wrong? Having built the old Williams Brothers Gamma many years ago, I was excited to get this newer version on my bench, and I wasn’t let down. One more kit I wish I had the time to build. Ah well………

The Gamma was a further development of the successful Northrop Alpha and shared its predecessor’s aerodynamic innovations such as wing fillets and multi-cellular stressed-skin wing construction. Like late Alphas, the fixed landing gear was covered in distinctive aerodynamic spats and the cockpit was fully enclosed.

The Gamma saw fairly limited civilian service as a mail plane with Trans World Airlines but had an illustrious career as a flying laboratory and record-breaking aircraft.

The US military found the design sufficiently interesting to encourage Northrop to develop it into the Northrop A-17 light attack aircraft. Military versions of the Gamma saw combat with Chinese and Spanish Republican air forces. Interestingly, twenty-five Gamma 2Es were assembled in China from components provided by Northrop.

-In 1935, Howard Hughes improved on this time in his modified Gamma 2G making the west-east transcontinental run in 9 hours, 26 minutes, and 10 seconds.

-The most famous Gamma was the Polar Star, which was carried via ship and offloaded onto the pack ice in the Ross Sea during Lincoln Ellsworth’s 1934 expedition to Antarctica. The Polar Star was almost lost when ice underneath it broke, and had to be returned to the United States for repairs. Polar Star‘s second assignment to Antarctica in September 1934 was also futile — a connecting rod broke and the aircraft had to be returned yet again for repairs. On January 3, 1935, Ellsworth and pilot Bernt Balchen finally flew over Antarctica.

-On November 23, 1935, Ellsworth and Canadian pilot Herbert Hollick-Kenyon attempted the world’s first trans-Antarctic flight from Dundee Island in the Weddell Sea to Little America. The crew made four stops during their journey and in the process became the first people to visit Western Antarctica. During one stop, a blizzard completely packed the fuselage with snow, which took a day to clear out. On December 5, after traveling over 2,400 miles (3,865 km) the aircraft ran out of fuel just 25 miles (40 km) short of the goal. The intrepid crew took six days to travel the remainder of the journey and stayed in the abandoned Richard E. Byrd camp until being found by the Discovery II research vessel on January 15, 1936. Polar Star was later recovered and donated to the Smithsonian National Air and Space Museum.

Similar to Gamma 2C in armament except the bomb load was increased to 1,600 lb (727 kg). Was used by the Republic of China Air Force as a light bomber until 1938 with a number of aircraft built in China.

An attack version developed in parallel with Gamma 2C that evolved into the Northrop A-17 which served in small numbers with the USAAC until it’s retirement in 1944. 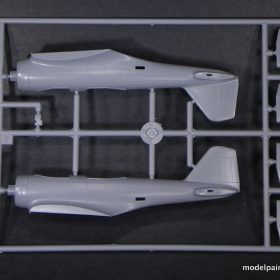 Disclaimer: there are more limited run kits insulating my workshop than there are Tamigawa’s. Now the truth is out 🙂  I’m openly biased towards these kinds of kits, in large part, because of they are so often the only source for models of interesting but lesser known aircraft. Hello, Northrop Gamma.

This is a typical limited run kit from the Special Hobby/MPM/Azur stable and as such, extra effort will be required to assure a good fit among the major parts: nothing beyond someone with a little patience and experience.

The gray plastic is slightly soft and easy to work with. Most of the inscribed details are quite nice although some may require re-working with files and a scriber. 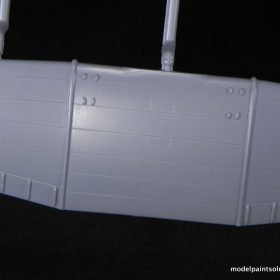 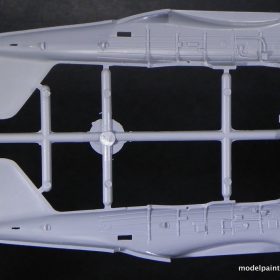 Construction is conventional with a nicely detailed cockpit and rear gunner area. The fuselage halves feature detailed cockpit side panels that will look great under carefully applied paint and washes.

The very nicely detailed engine (complete with exhaust ring) is captured between cowl halves producing a seam that will have to be dealt with. 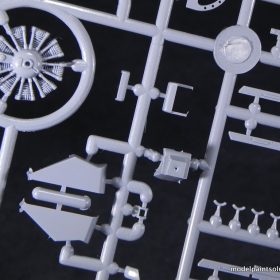 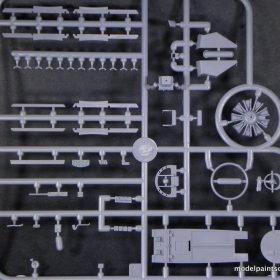 Sufficient parts are supplied to assemble the gear with full or partial wheel pants. The bomb racks and sway braces are nicely molded and will busy-up the belly of the model considerably. Of note is the lack of bombs or armaments to fill the large number of racks (6). 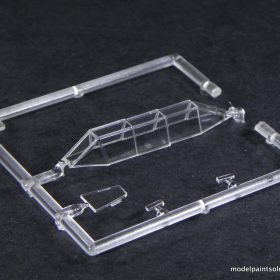 The very clear one-piece and canopy is nicely detailed with scale-appropriate framing.

The decals, printed by Aviprint.CZ, have good register and appropriate color intensities. Markings for four aircraft are provided. 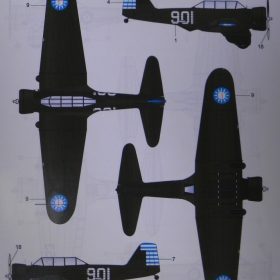 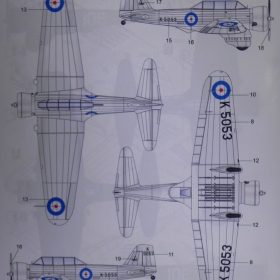 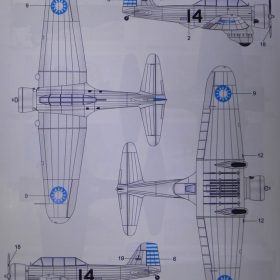 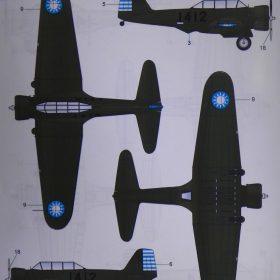 Whether you opt for a dark green or natural metal finish, this is going to be a great looking model when assembled. There will be some extra work given the limited-run nature of the kit but it’ll be well worth it. Highly recommended! 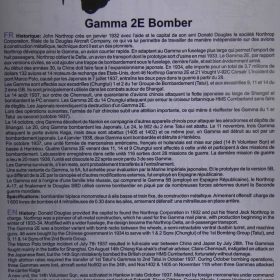 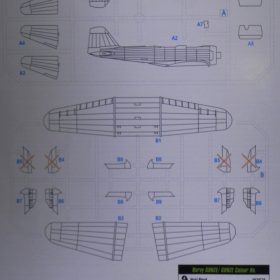 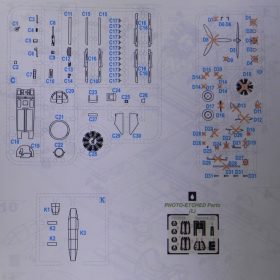 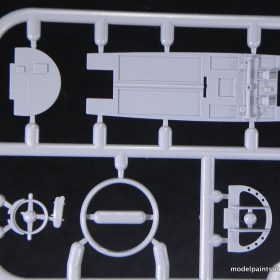 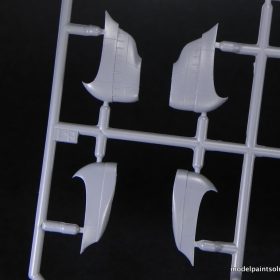 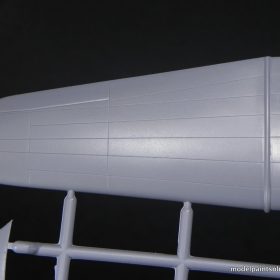 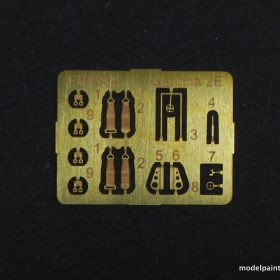