What can be said about the Me-163 that most of us haven’t previously heard or read? It’s one the most fascinating aircraft of WWII: born of ingenuity and desperation in the closing chapters of the air war in Europe. With climb performance nothing short of phenomenal for it’s day, it remains the only manned rocket-powered aircraft to be used in combat.

I’m going to guess that many of you have a -163 of some scale in your stash. I certainly do a couple of times over, as the 163 has been an interest of mine for some time. The evil editor of this esteemed website knew this when he cunningly slid this new kit across the table at me with a knowing grin on his face. It worked, so here we go.

This is not my normal scale preferring aircraft of 1/72 and 1/48 scale. That said, I have assembled a few 1/144th scale kits and enjoyed both the rapidity of the experience and the break it gave me from more demanding projects: a model sorbet between courses, so to speak. This kit fits that bill perfectly. 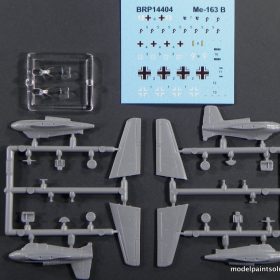 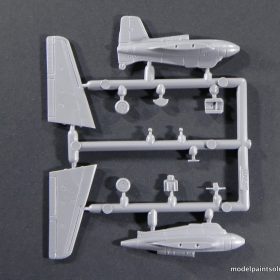 What greats you upon opening the box are two small sprues each providing parts for a complete model. Each kit is composed of 13 amazingly detailed parts that exhibit some of the finest inscribed details I’ve seen. The sprue gates are sufficiently small to permit removal of the parts without too much concern of damage although, for me, this is one of the bigger challenges to building in this scale. I recommend a small photo-etch saw for this job. Similarly, a small folded piece of #600 Alpha Abrasive sheet is great for prepping small parts without too much collateral damage, which is easy to do in this scale. 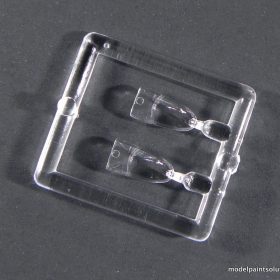 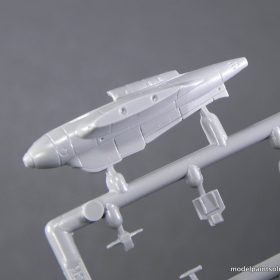 One of the consistent weaknesses of models in this scale are the clear parts. Brengun has used some clever engineering here with regards to the canopy, which incorporates a portion of the fuselage aft of the cockpit. By doing this, the small windows on each side aft of the cockpit are rendered quite nicely and the builder is provided a single, straight seem to deal with. Moreover, the details on the canopy are very crisp, consistent with the inscribed details on the rest of the model: nicely done Brengun. 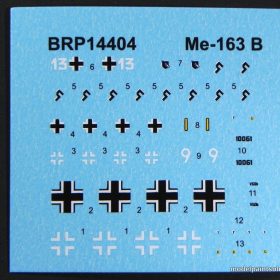 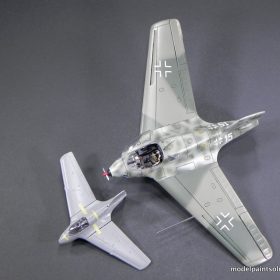 The decals are nicely printed with very little visible carrier film. Even the T-stoff and C-stoff stencils are readable. Markings are provided for three JG400 aircraft with the typical schemes of splintered wings and mottled fuselage. Unfortunately, there is a slight shift on some of the Balkenkruez on my example but these markings are readily available from aftermarket sources. Pictured next to my Academy 1/72 Komet, it really is a little fella.

I’m very impressed with this little Komet. The inscribed details are beautifully rendered and the canopy is outstanding for this scale. The fact that two complete kits and markings for three aircraft are provided in the box represents a great deal. One scheme from 2/JG400 with an entirely mottled fuselage is particularly nice. 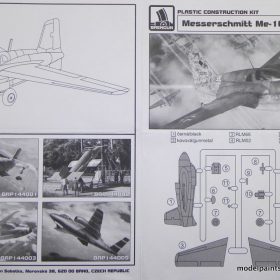 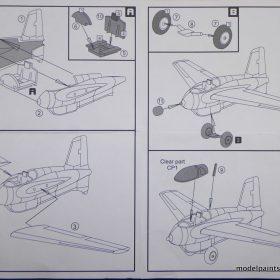