In November 1942 a Spitfire Mk.Vb (NX-X) of 131 Squadron made a forced landing in a turnip field at Dielament Manor, Trinity, Jersey: territory under German occupation at the time. This aircraft was repairable and was test flown in German markings at the Luftwaffe’s central research facilities at Erprobungsstelle Rechlin. There it was proposed that the Spitfire’s Merlin engine should be replaced with a Daimler-Benz DB 605A inverted V-12 engine. The plane was duly sent to Echterdingen, south of Stuttgart, where Daimler-Benz operated a flight-testing division.

When the Merlin engine was removed it was discovered that the fuselage cross section was virtually identical to that of the engine nacelle of a Messerschmitt Bf-110G. Consequently, a new engine mount was built onto the Spitfire’s fuselage to accommodate the DB 605 and it’s associated cowling panels. A propeller unit and supercharger air intake from a Bf 109 G completed the installation.

Other changes including replacing the Spitfire instruments with German types and changing the 12-volt electrical system to the German 24-volt type. In this form the Daimler-Benz-powered Spitfire started flying in early 1944. It was popular with German pilots and was flown regularly until destroyed in a USAAF bombing raid on 14 August 1944.

This kit is based on the Supermarine Spitfire Mk.V by AZ Models: a resident of my stash along with many other kits from this manufacturer. I’ve built a few AZ Models kits and in general they are are nicely detailed but being a limited-run kit, extra effort will be required during assembly. 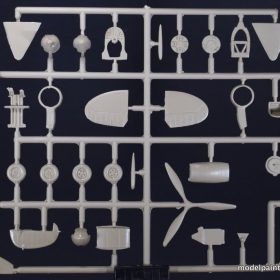 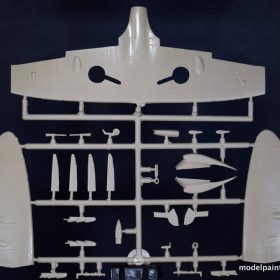 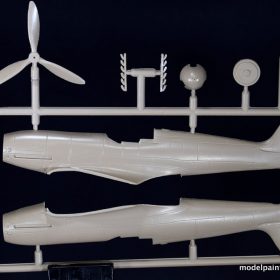 To this very nice kit Brengun has added a one-piece Daimler-engined Spitfire Mk.Vb airframe along with the required propeller, hub, and exhausts. I emphasize “one-piece” because prior to this kit if one wanted to build the “Messerspit” a resin conversion was the only option as far as this reviewer’s memory. That being the case I suspect this kit will be well received by those who lean towards esoteric aircraft of WWII. 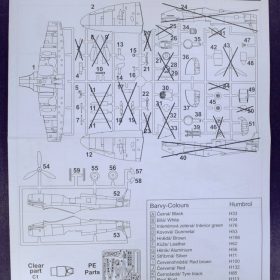 The kit layout is conventional. Construction starts with a 12-part cockpit assembly featuring an amazingly detailed instrument panel for this scale.

This is trapped between the fuselage halves, which are then placed atop the lower wing piece with its associated left and right wing upper halves. A nice feature is the PE exhaust plate that sits above the port row of engine exhaust stubs. 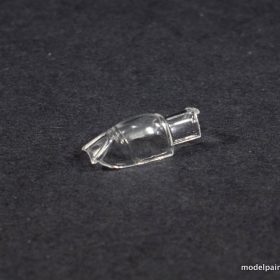 The clear one-piece canopy is a bit thick but well molded with scale-appropriate framing. In addition, flash on the rear portion of the canopy will have to be carefully removed prior to use. 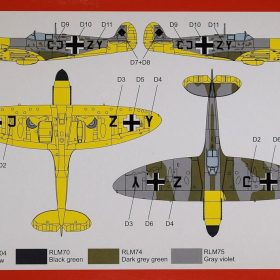 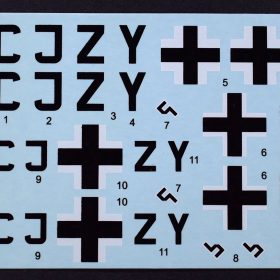 The decal sheet is printed by Brengun and provides markings for the single Messerspit CJ + ZY.  The decals have good register with minimal carrier film and color density however the Hakenkreuz is split.

I have to confess that I’m biased; I really like this kit. I’ve wanted a Messerspit on my display shelf for a long time so I was quick to pick one of these up when first released. Being a limited run kit based on a limited-run kit some experience with same would be a good idea before diving in. That said there’s nothing in this build beyond someone with patience and a willingness to go slow during construction. The result is sure to be a head-turner. 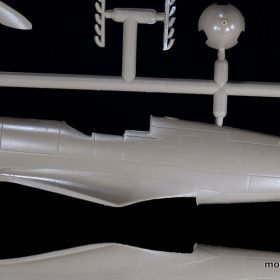 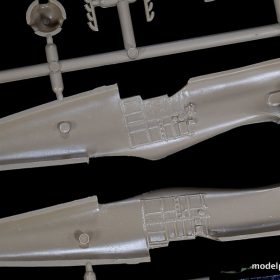 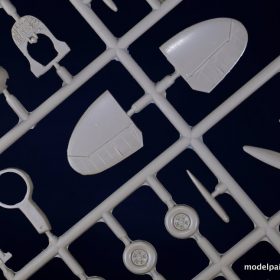 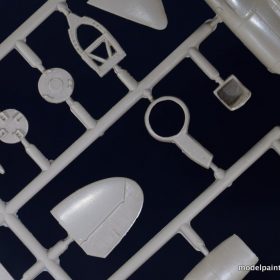 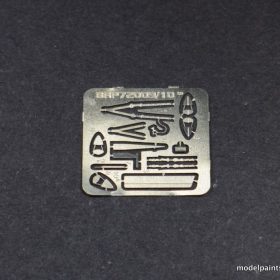 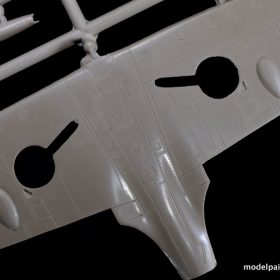 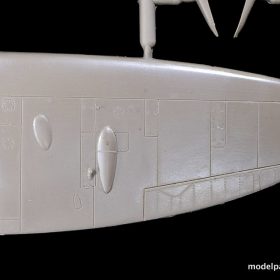 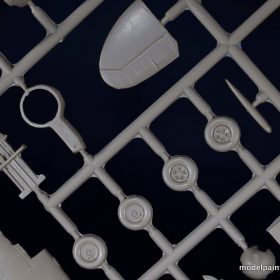