(Editors Note: Jim Bates, the man behind A Scale Canadian, is here with a review of the new Ki-51 by Clear Prop. I had a good look at this hummer and it’s a very nice looking kit; Jim agrees. If you have an interest in early WWII Japanese aircraft you may want to pick this one up. Thanks, Jim!) 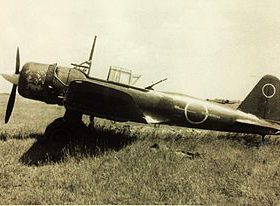 The Mitsubishi Ki-51 (Allied code name “Sonia’) was another in a long line of late 1930s two seat fixed-gear bombers that became obsolete not long into World War Two.  However, the Sonia served the Japanese army until the end of the war; first as a rough field ground attack aircraft and later as a Kamikaze.  The Sonia’s last gasp of action was August 6, 1945, when two Mitsubishi Ki-51s from the 73rd Independent Chutai sunk the Balao-class submarine USS Bullhead (SS-332).  This was the last US Navy ship sunk in World War Two by enemy action

The first Sonia to appear in injection modeled plastic was issued in 1975 by Mania of Japan. This kit was soon re-boxed by Hasegawa and has been available on and off over the years up to the present.  It is a nice kit, which belies its age with decent detail for a 70s kit and nicely recessed panel lines.  Even today it is a nice, simple kit but lacks the detail modern modelers expect. That said we have a new contender for the throne of best Sonia and that has appeared from Clear Prop.

Clear Prop is another Ukrainian manufacturer that’s appeared out of nowhere producing a beautiful kit of the Gloster E.28/39. This was soon followed by the Sonia. Like ICM kits, a nicely illustrated cover is removed from the stout, plain, white box that then opens to reveal the kit. The contents of the box consist of five sprues of dark grey plastic, one clear sprue, one PE fret, masks, instrument panel film, and small decal sheet (and small supplement) with four options. 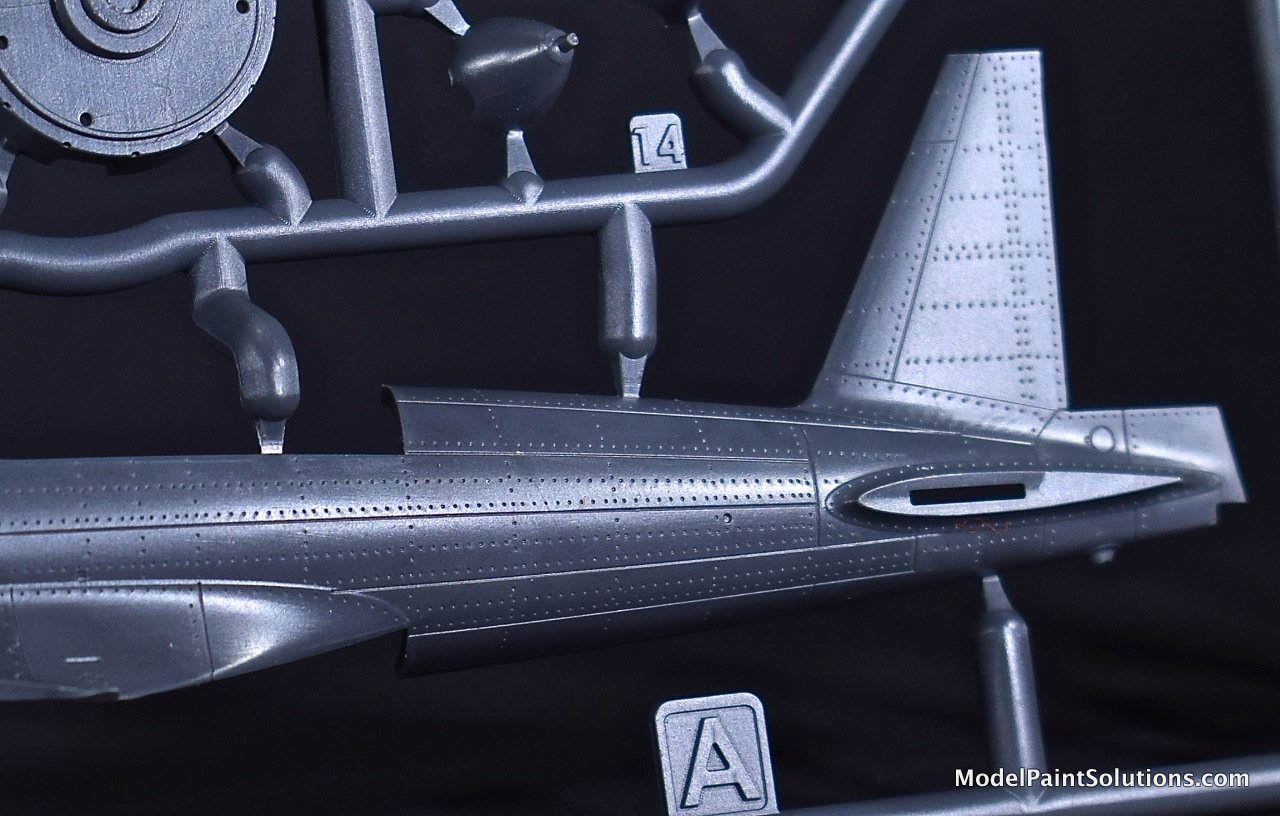 It used to be easy to determine what is a short run kit from those created by more durable molds. I have no idea what kind of mold was used for this kit, but the moldings are impressive. The surface detail on the wings and fuselage is impressively fine with recessed panel lines and amazingly petit recessed rivet detail.  Quite honestly, the only surface detail I’ve seen that compares is that of Eduard, so quite the praise, eh.  The sprue tabs are reasonably small, but still, care will be needed in removing the smaller parts. There are no alignment pins on the larger parts. 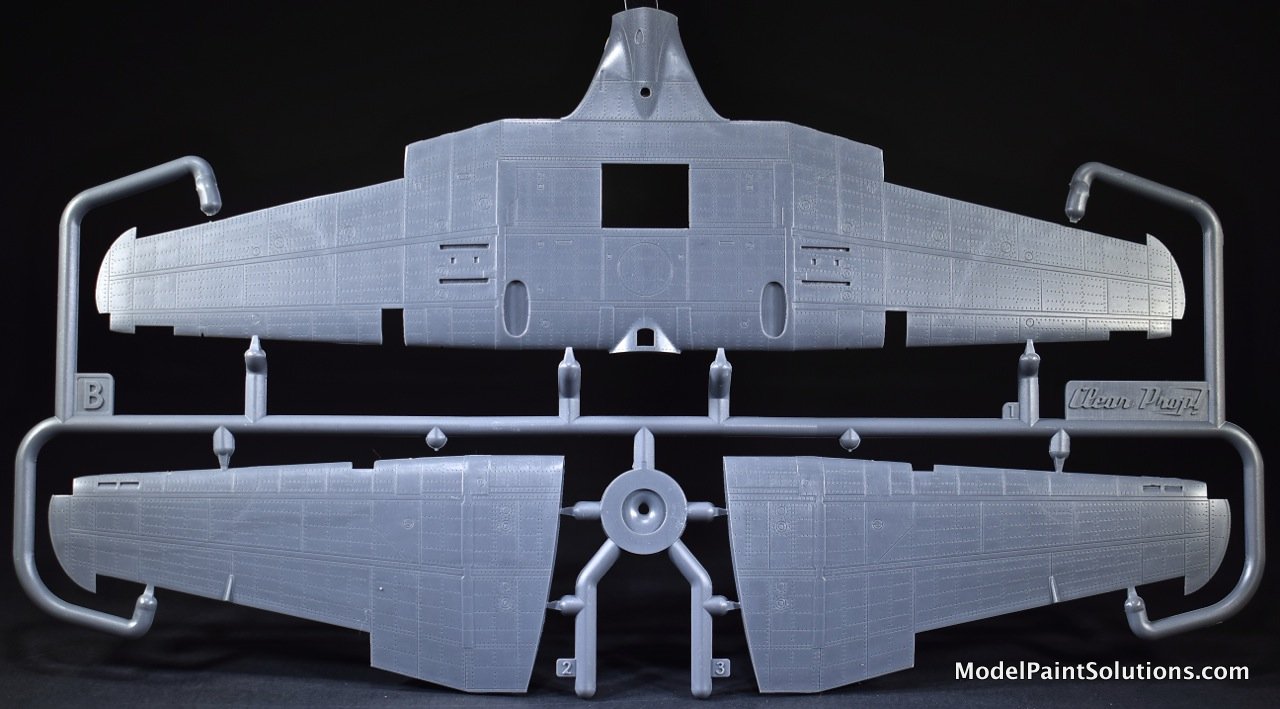 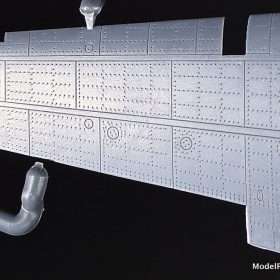 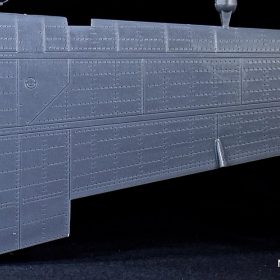 Cockpit detail is both expansive and impressive. The cockpit includes separate sidewalls that fit inside the fuselage halves along with almost everything covered including a five-part machine gun for the rear gunner. No resin aftermarket needed here. 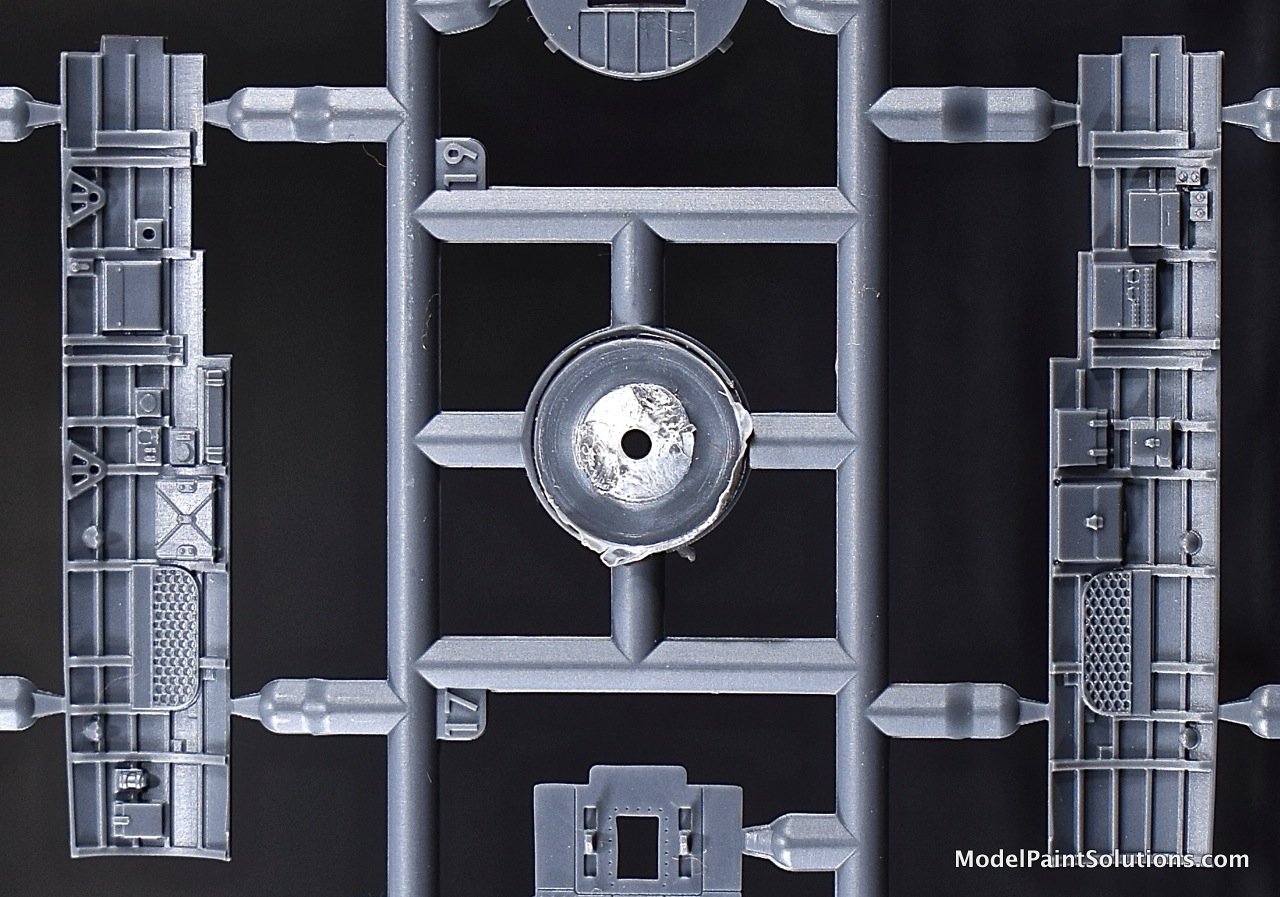 My only concern here is that many of the parts are minute and care and patience will be needed to assemble the cockpit. Options include a choice of spinners and underwing armament.  All control surfaces are separate and positional-able. 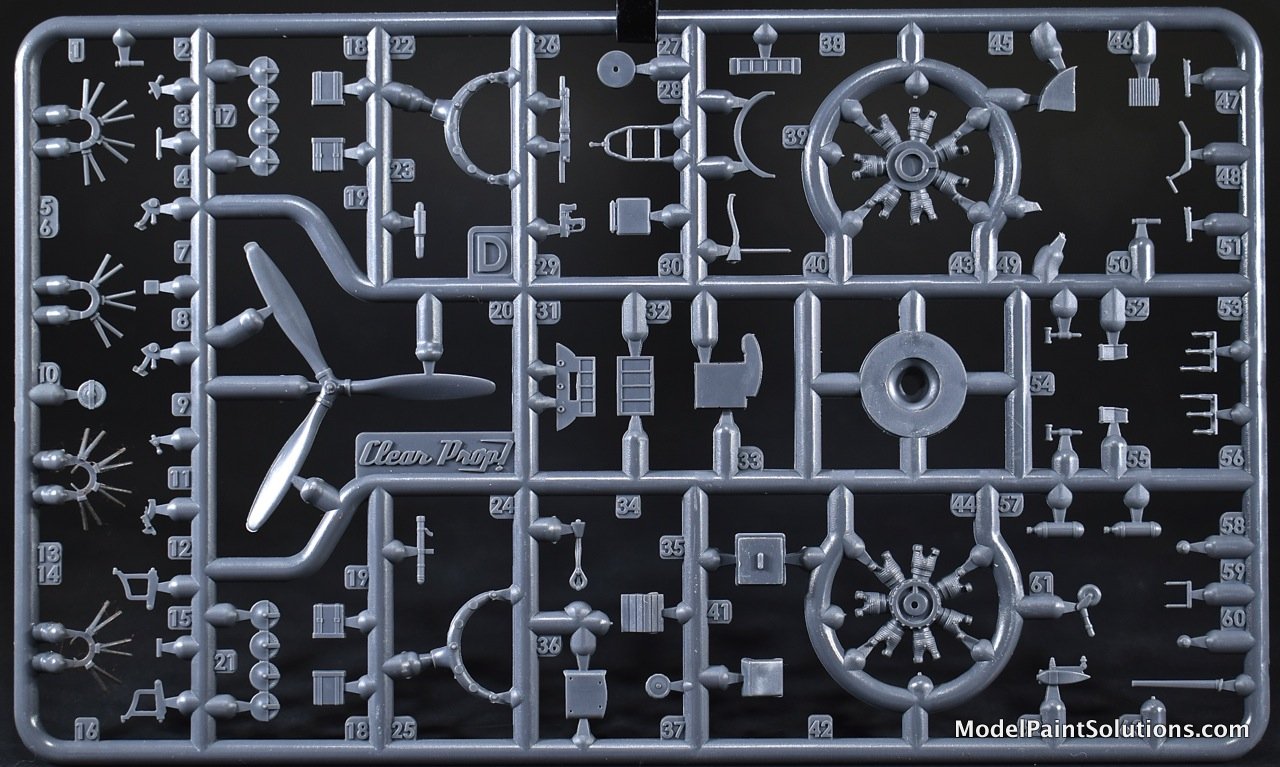 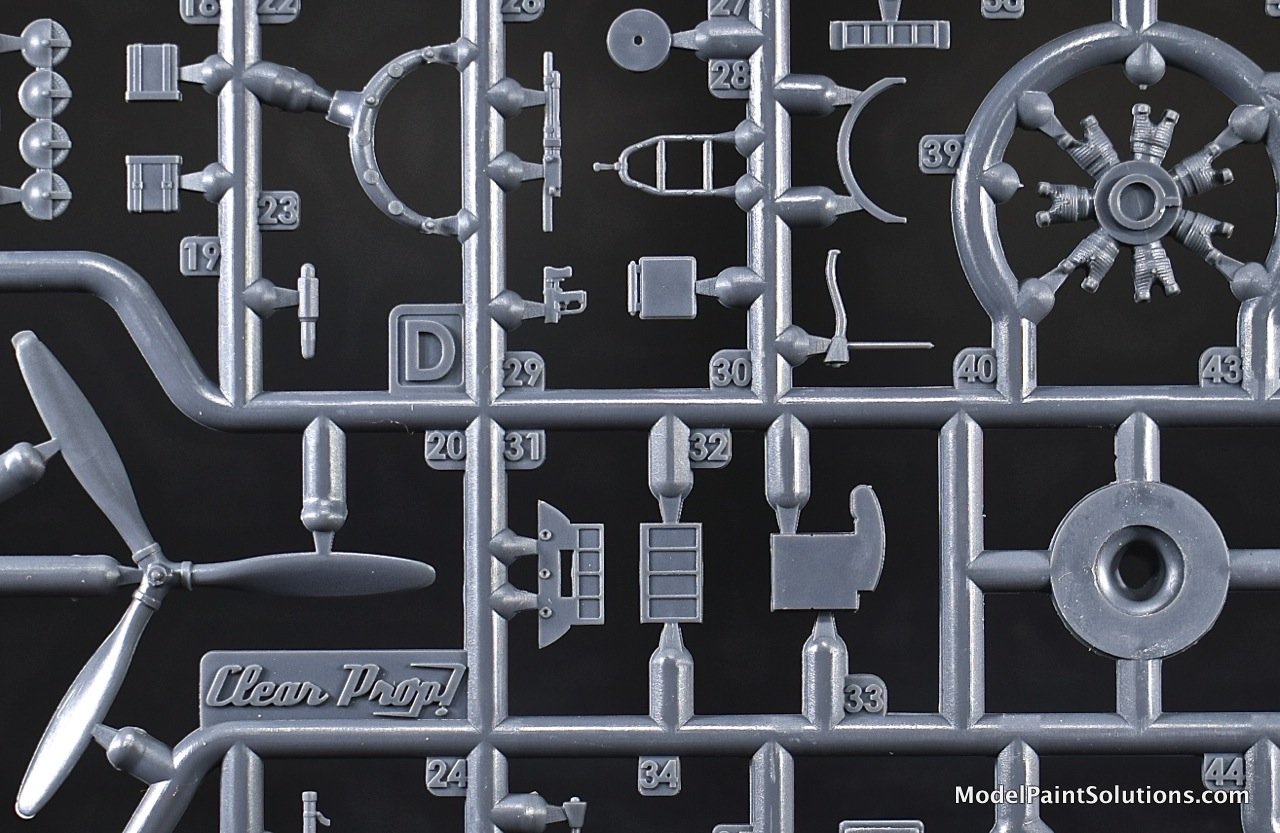 The clear sprue is quite nice, but not quite perfectly crystal clear. Options are provided to model the canopy open or closed and well as clear covers for all the aircraft lights. 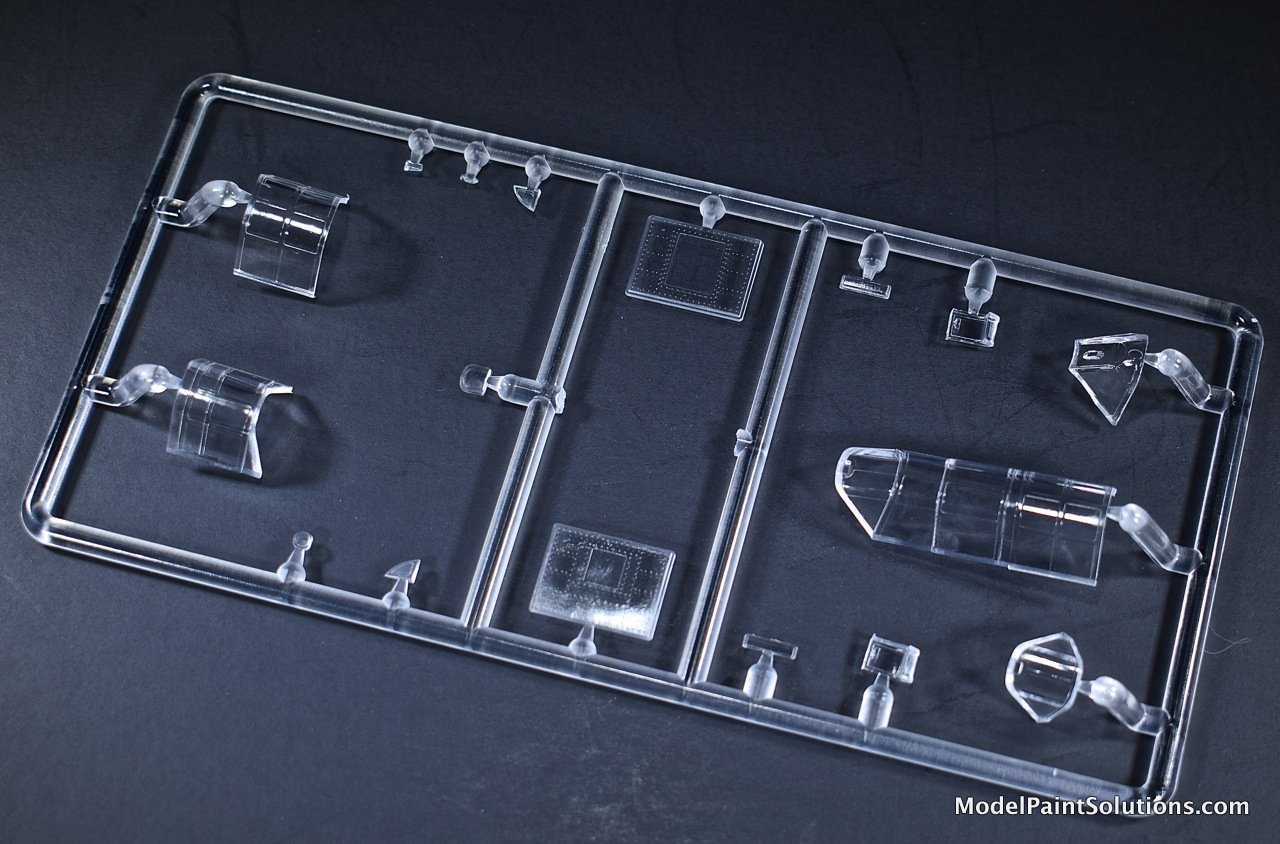 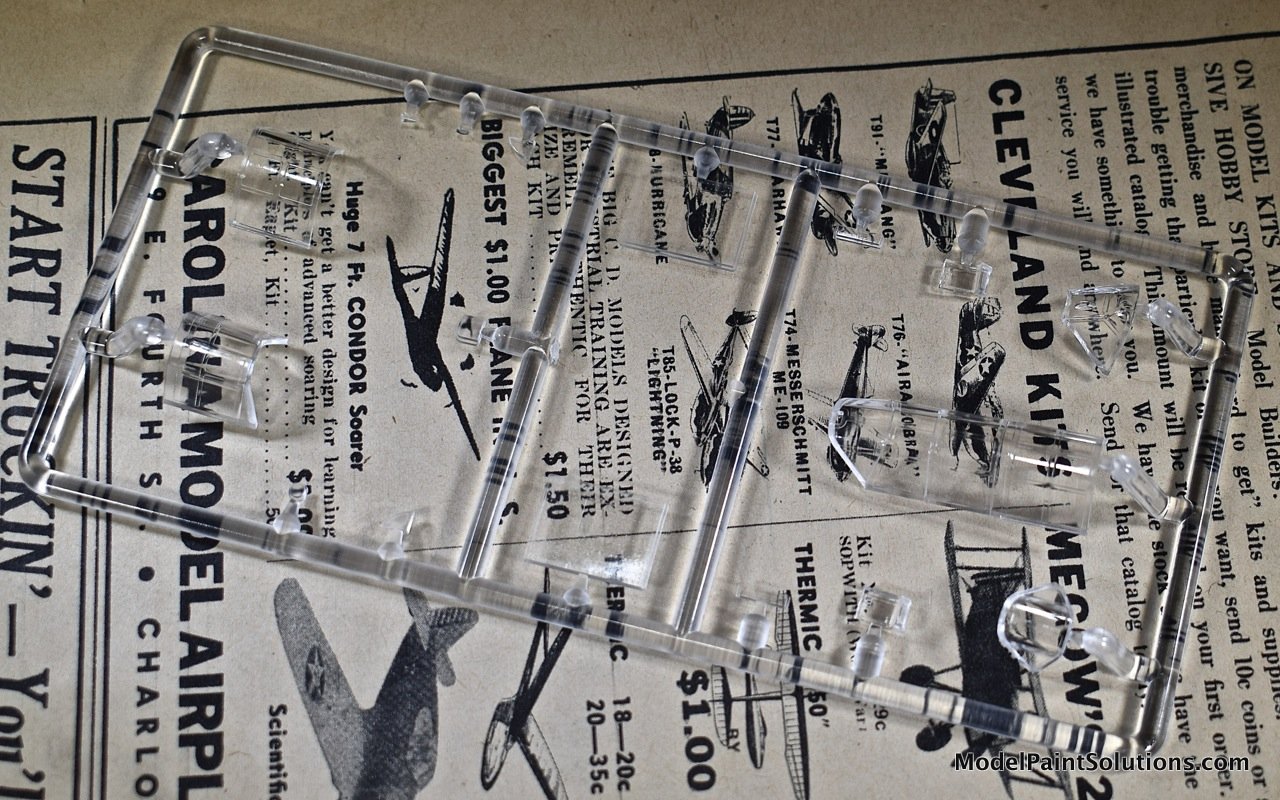 Masks are included, but they are white stickers and not the preferable yellow tape as used by Eduard. The photo etch set is not colored and provides detail for the cockpit along with bomb fins and detail. 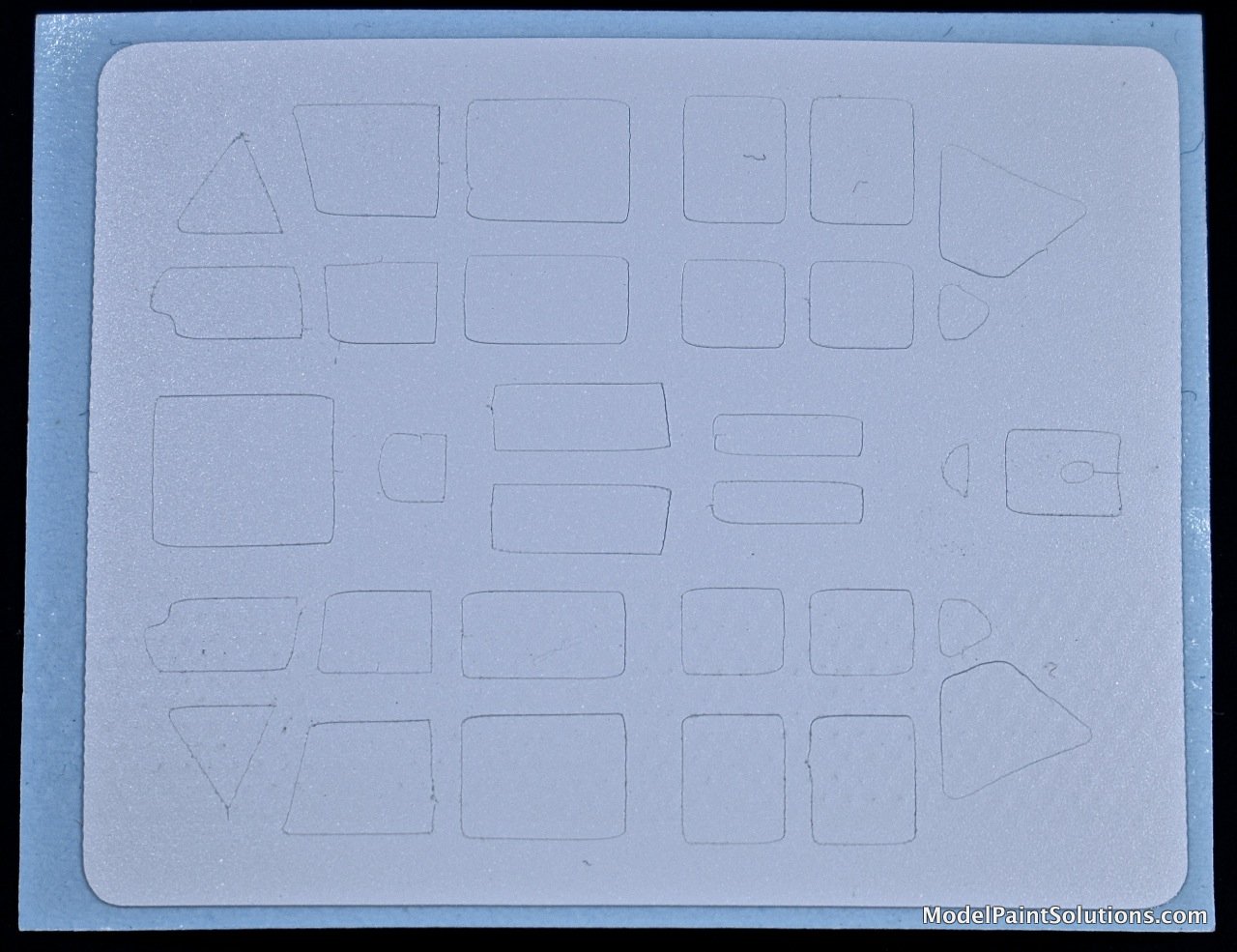 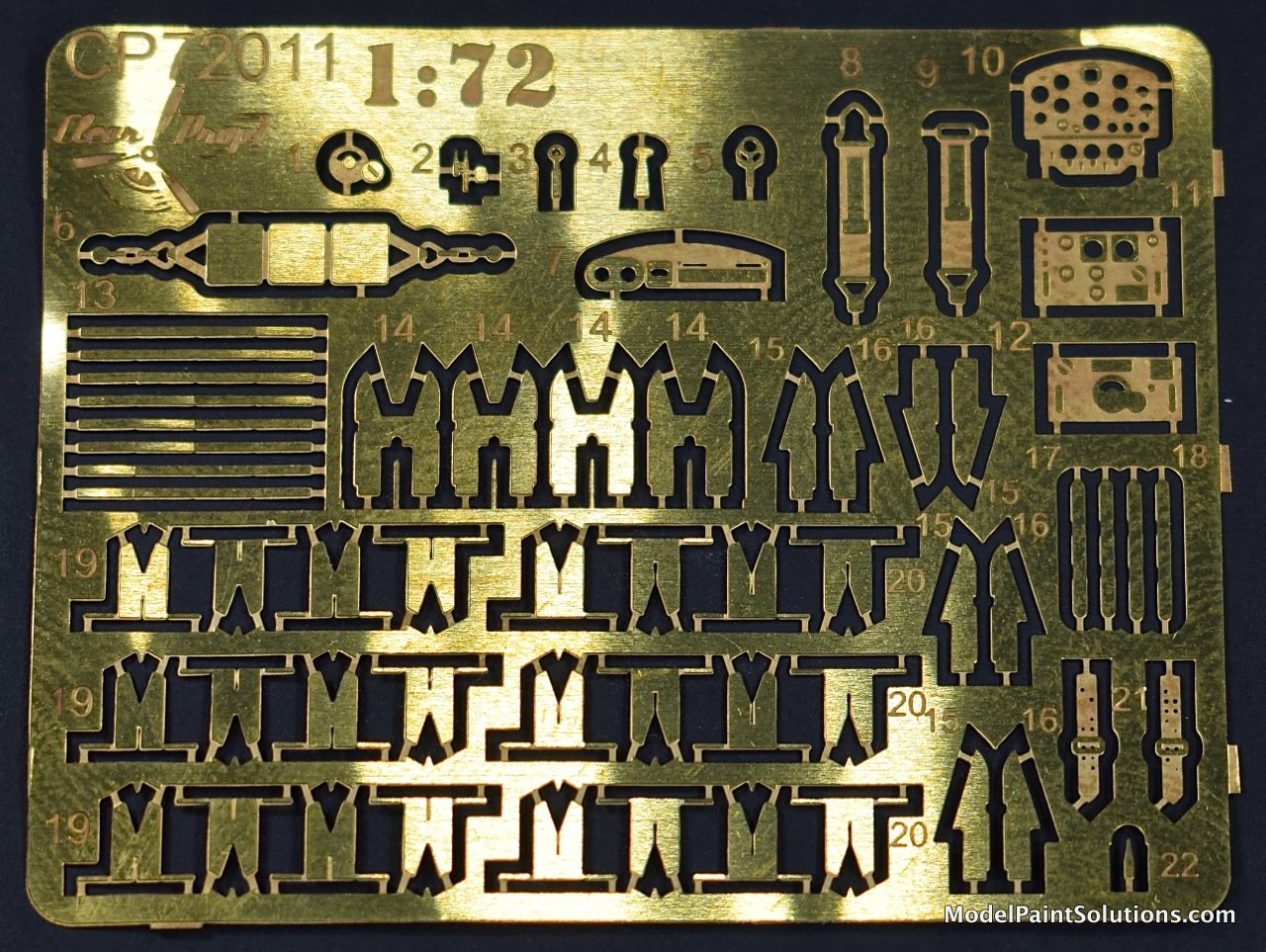 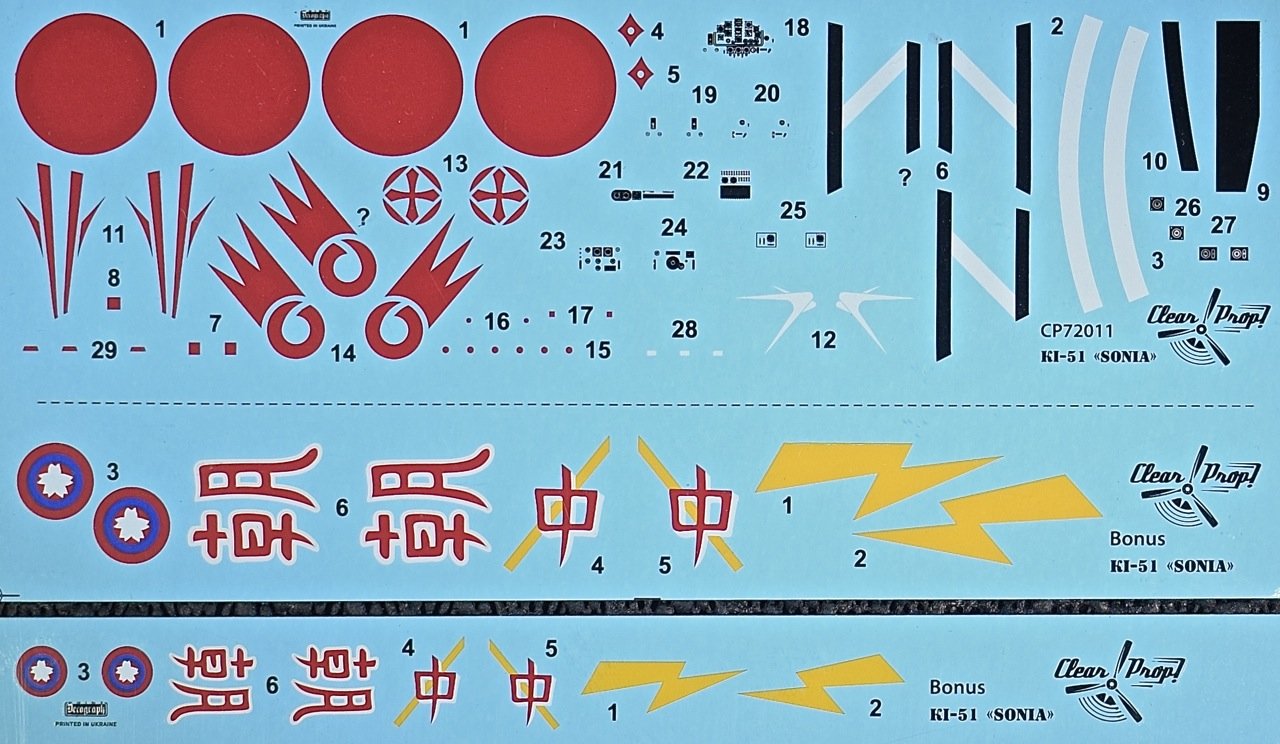 Both decal sheets are glossy and very colorful. The decals include two options in overall IJA Gray-Green and two options with squiggles that will test one’s airbrushing skills. The instructions include scrap views of four additional tail art decals, but no further details on these additional schemes.

The instructions appear pretty clear, but the painting diagrams are quite small.  No problem with the two overall monochromatic aircraft, but I wish the views of the two squiggle aircraft were larger. 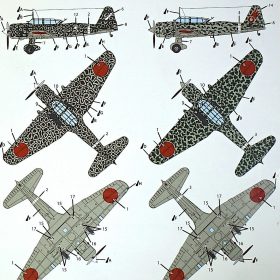 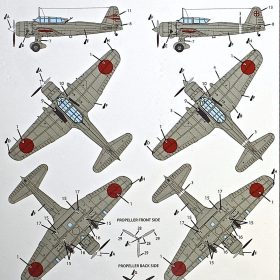 This is one impressive looking kit in the box, more so, since this is a newish manufacturer. I am no expert on the shape of the Sonia, but the major parts are shaped very similar to those in the Mania/Hasegawa kit. Of course, it is hard to give a full option without building the kit, but I’m impressed and can’t wait to see what Clear Prop has up their sleeves for future releases.  With that disclaimer, I think we can rule this as the best Sonia in the scale.  At least in the box, it is hard to see how they can improve their kits other than make the painting drawings larger.  Highly recommended! 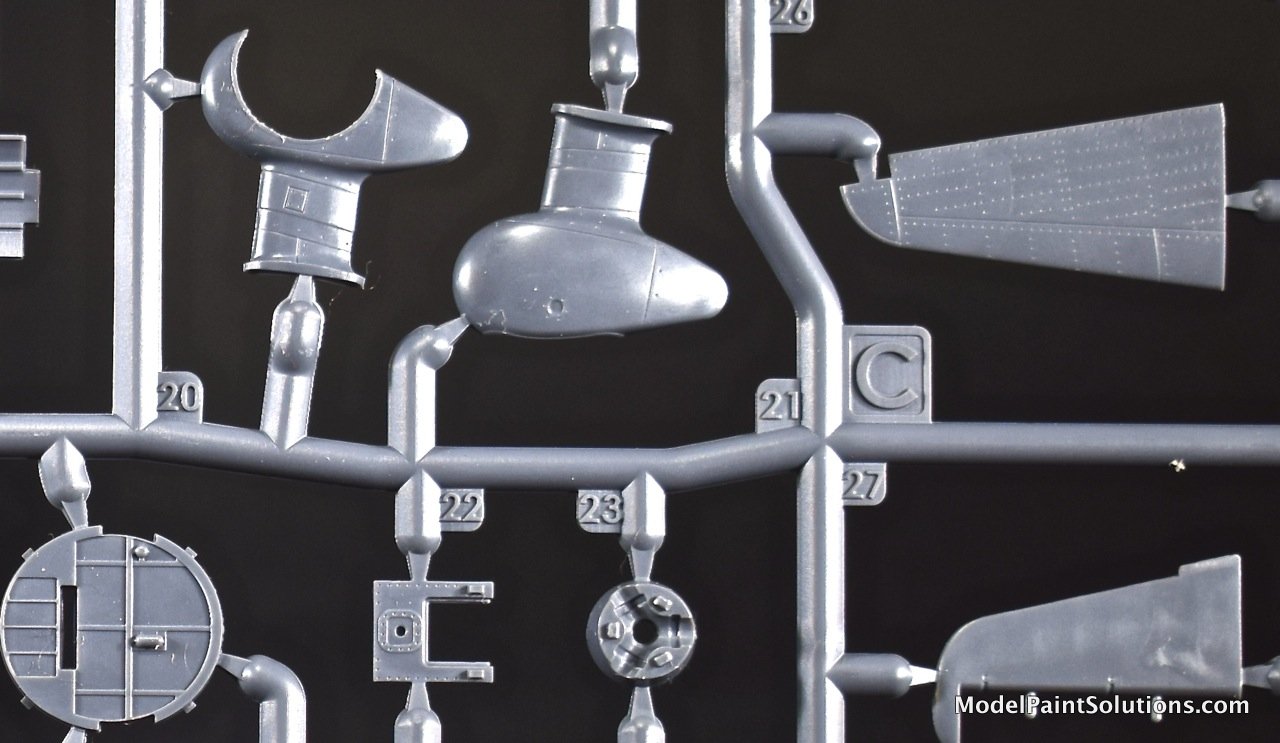 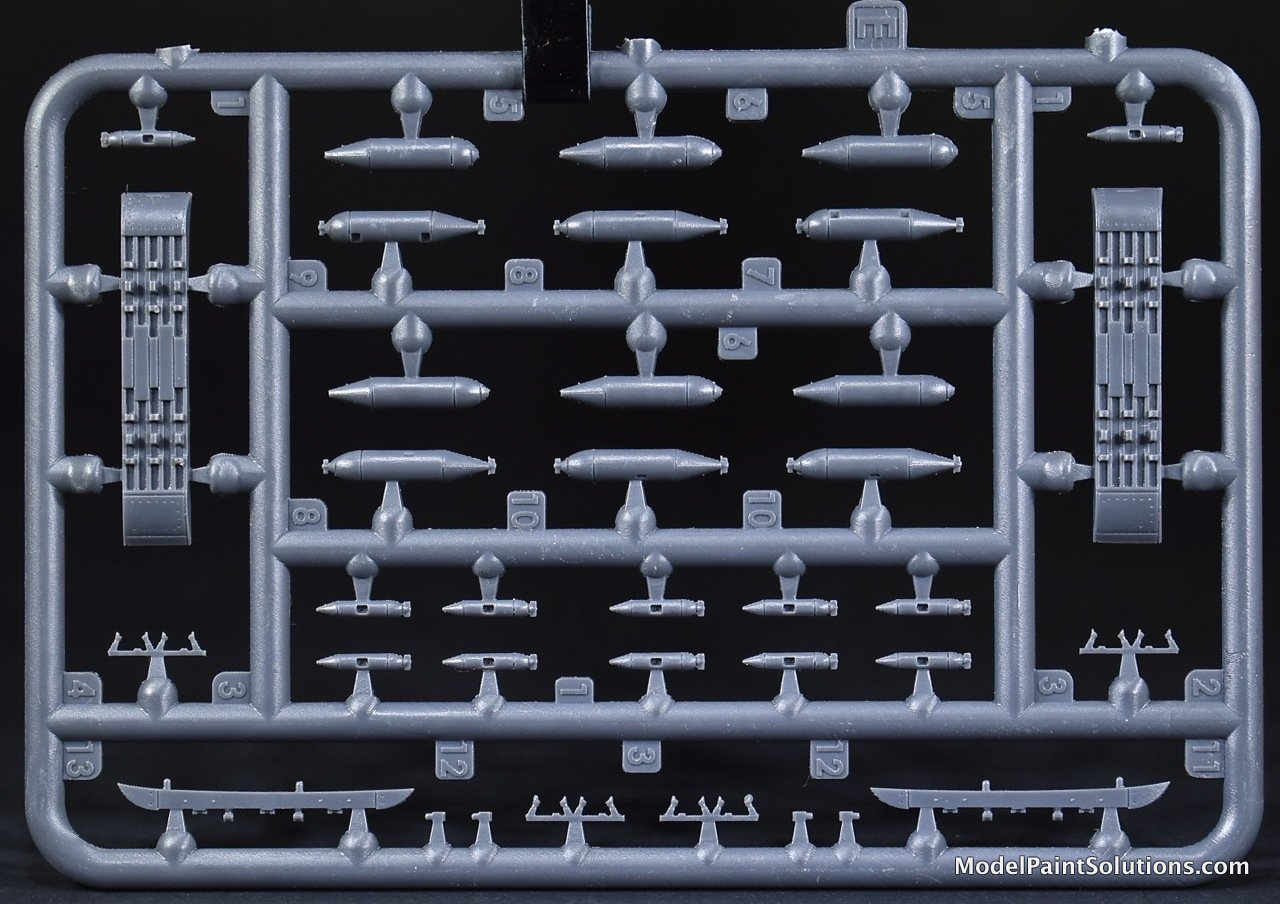 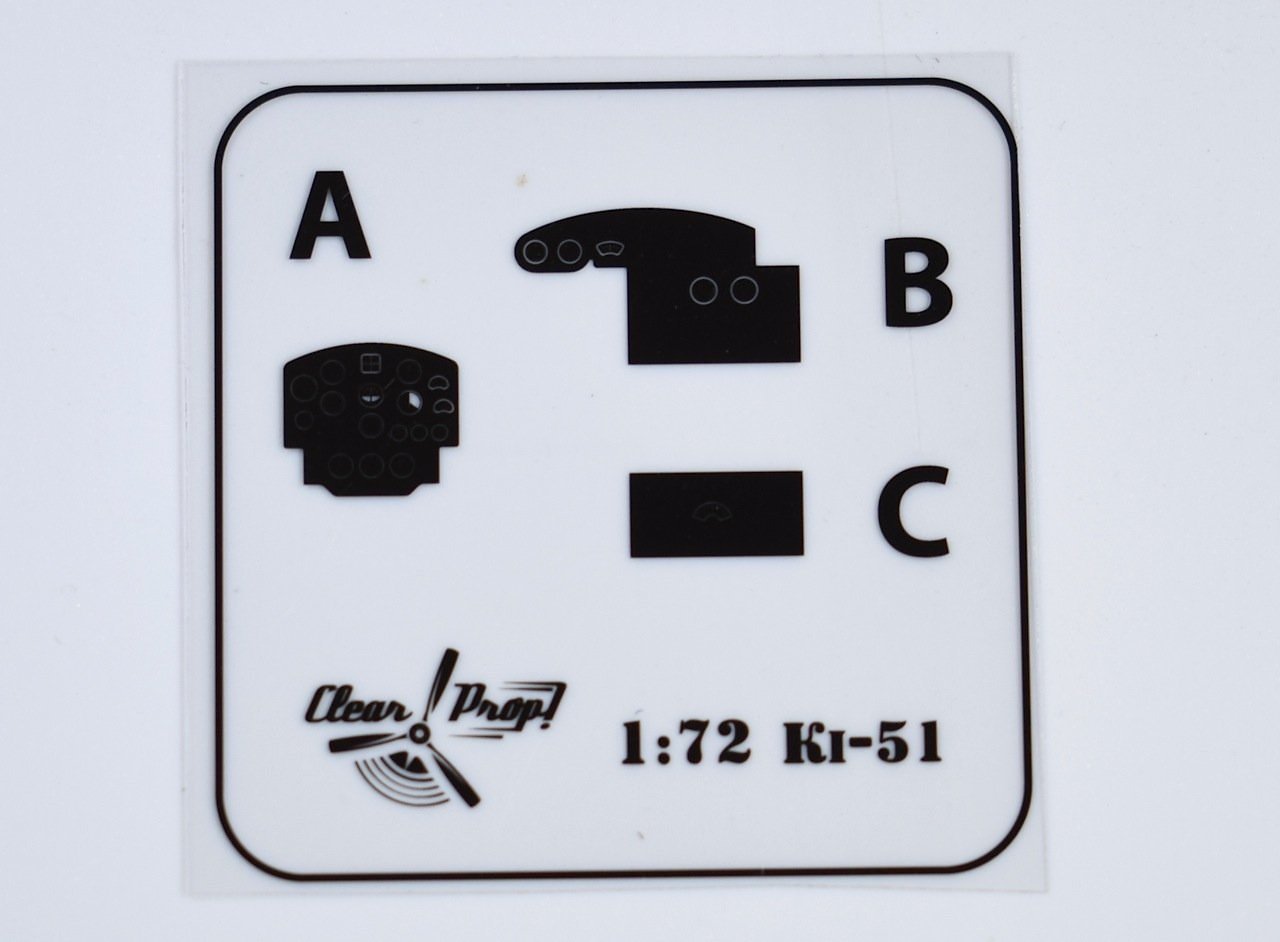 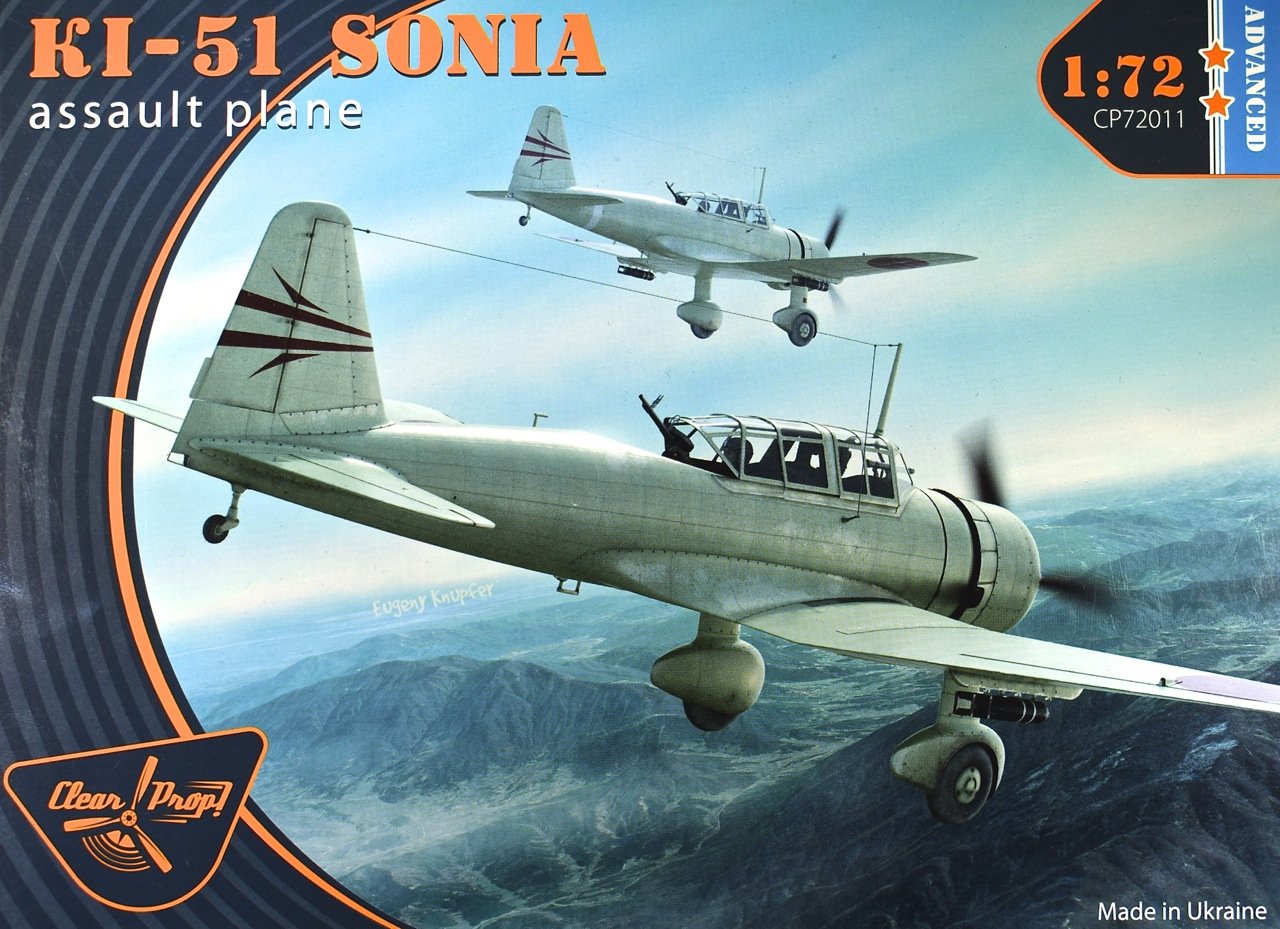