The P.23/I prototype was developed by the PZL firm in 1931 to replace the Breguet 1 and Potez 25 then in service with the Polish Air Force. Chief Designer, Stanisław Prauss, based the new recon bomber on a proposed passenger transport (PZL .13) that never went into production.

First flown on 1 April 1934, the P.23/I was a modern, low-wing monoplane with an all-metal body. The wings were built around light, closed profiles instead of spars: a novel design first introduced in the PZL.19.

Development of the P.23/I progressed culminating in the P.23/III of 1935. This version incorporated changes to the airframe that raised the pilots’ seat while lowering the engine to improve sight lines. This prototype was accepted for production, with the name PZL.23A Karas’ (Crucian Carp).

The first production series PZL.23A was fitted with a Bristol Pegasus IIM2 radial produced in Poland under license. This engine proved unreliable and subsequent PZL.23A’s were fitted with the newer Pegasus VIII engine.

The crew of three consisted of a pilot, bombardier, and rear gunner. The bombardier’s station, situated in a gondola underneath the hull, permitted him to operate an underbelly machine gun. The fixed undercarriage was spatted, but despite a massive look, was not suited for rough airfields.

The final version of the PZL.23, the PZL.23B Karas’ II, equipped with the Gnome-Rhone engine had a respectable speed of 365 km/h and over-all better performance than the smaller-engined PZL.23A Karas’ I. Regardless of the engine utilized, the aircraft always retained a two-blade propeller.

A total of 210 PZL.23B’s were delivered to the Polish Air Force by 1937. Thus the Karas’ was Poland’s primary light bomber and reconnaissance aircraft when Germany invaded Poland on 1st September 1939.

Due to the plane’s low speed, light armor and lack of fighter protection, PZL.23s suffered heavy combat losses with many being shot down by German fighters.

Before Poland fell, at least 21 PZL.23s were evacuated to Romania. Nineteen of these aircraft were used by the Romanian Air Force against the USSR. No PZL.23s survived the war.

Having built model airplanes for many-a-year, my tastes run to the esoteric. That being the case, I build a lot of limited-run kits and often start a kit review with “grab your dust mask and broom” or something similar. Not so with this kit. 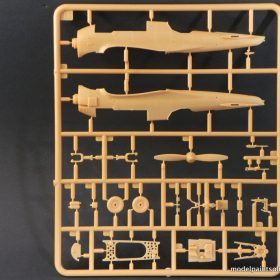 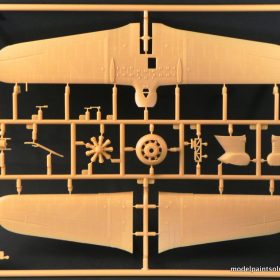 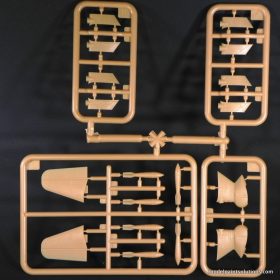 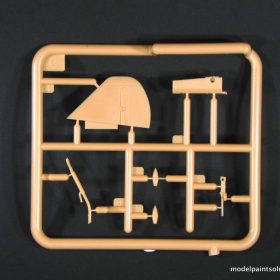 The first impression is a positive one. All the sprues come bagged as do the decals and the PE fret: nice. The instructions or more appropriately, booklet, provides multiple easy to understand CAD drawings of the sequential assemblies. The last page is a color, 5-view rendition of the aircraft showing decal placement. 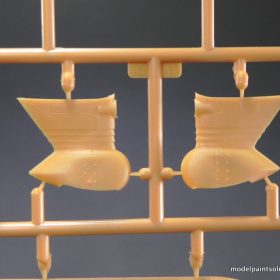 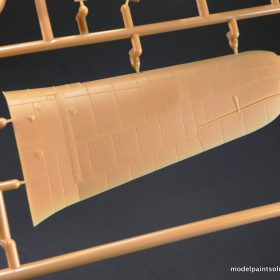 The tan plastic parts are beautifully molded with practically no flash. The plastic seems a bit brittle so caution will be required when removing parts from the sprues.

The inscribed details on all the parts are very fine and care will be required to not obliterate them with primer and/or paint. The inscribed wing details replicating the novel spar-less construction method are particularly well done. 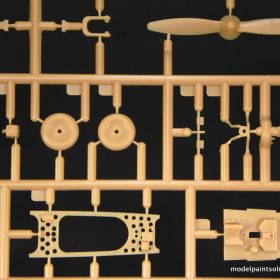 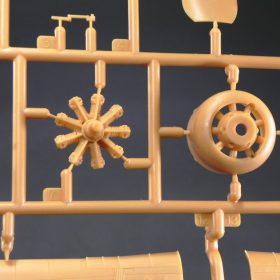 The cockpit floorboard, side panels, and crew stations are nicely detailed and with some good brush work (both by air and hairy stick) should look quite convincing. Good thing as the canopy will afford a nice view of this area when complete.

The propeller blades are thin and to scale. Similarly, the trailing edges of the elevators, rudder, and wings are appropriately thin. As builder of mostly aircraft models, I greatly appreciate these particular details. 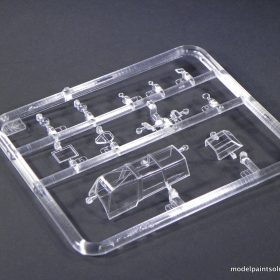 The clear parts are just beautiful: very clear, very thin. The canopy framing is wonderfully restrained and in scale. Considering it’s size, the canopy will be a focal point of this model and IBG really nailed it.

Construction is conventional starting with the pilot’s office thence the fuselage and wing. No surprises here. This looks to be a very straightforward build, with no apparent vices complete with locator pins 🙂 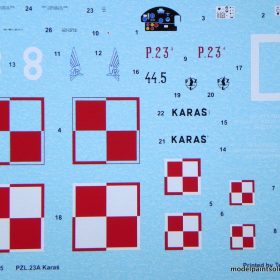 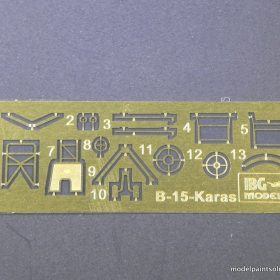 I really like this kit and there’s certainly a lot to like. It’s refreshing to see a quality, well-engineered model of a lesser-known but significant aircraft from the early days of WWII.

The detail is abundant, restrained, and to scale. The construction is straightforward and simple in every respect. I’ve had the old 1/72 Heller Karas’ in ye olde stash for a long time but I suspect this IBG version will be hitting my bench in the not-too-distant future. My thanks goes out to the crew at IBG: Well done.

This is an excellent kit for beginner and experten alike: Highly recommended! 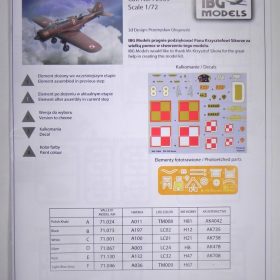 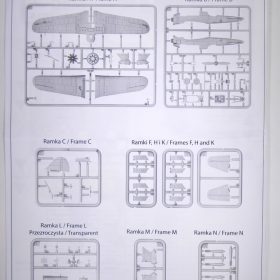 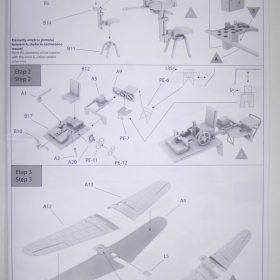 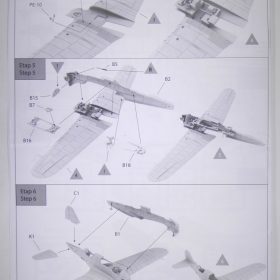 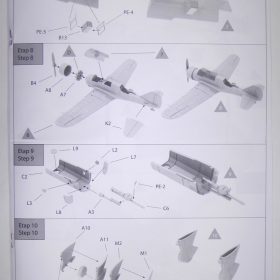 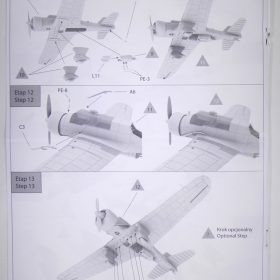 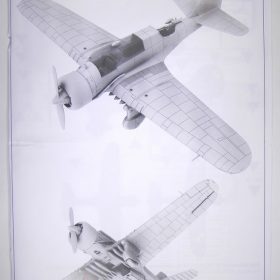 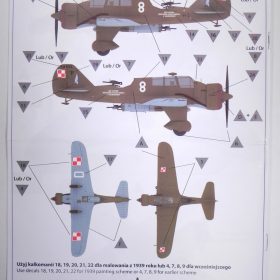