The first 58 aircraft (known as the SK 61A and SK 61B) were delivered to the Swedish air force in 1971.Twenty more aircraft were delivered to the Swedish army as FPL 61C in 1972. These were transferred to the Air Force in 1989 as SK 61C. By 2001 all the Swedish aircraft had been withdrawn from military service. The largest customer was the Royal Air Force, which placed an order for 130 Bulldogs in 1972, entering service as the Bulldog T.1. It was used by the Royal Air Force as a basic trainer, in particular as the standard aircraft of the University Air Squadrons and, later, Air Experience Flights that provided initial flight training. The RAF sold off its remaining Bulldog trainers in 2001 as general aviation light aircraft for a very low price. Edited from Wikipedia.

When the editor of Internet Modeler approached me with the idea of reviewing this kit, I chuckled and thought of the old Airfix 1/72 Bulldog that’s been in my “stash” for more years than I want to admit. I like the Bulldog; part guppy, part B-26 Marauder (look at that wing). It’s an airplane that looks as though it would be fun to fly. Take a moment to peruse YouTube videos of Bulldog aerobatics and you’ll see what I mean. Despite being an important trainer in both the U.K. and Sweden, the type has been underrepresented in the scale-modeling world. Outside the beautiful (and expensive) resin Bulldog by Heritage Aviation Models, this is only the second time this aircraft has been kitted in 1/48 scale.

Tarangus is offering this kit in two boxing’s: a Swedish Sk.61 and an RAF version. The Swedish version has decals for three aircraft (two from the Swedish Air force, one from the Swedish Army) while the RAF boxing provides decals for four different aircraft (see below). There are a lot of die-hard Bulldog fans out there so let’s see if Tarangus made them happy.

The first impression is that of a limited-run kit produced by MPM/Special Hobby. A Tamigawa this is not. The kit is comprised of 60 grey plastic parts, 7 clear parts, decals, and instructions. There is no resin or photo-etch. The plastic is soft and pleasant to work with. Some of the sprue gates are large and care will have to be taken when removing small parts. As is typical with a limited-run kit, a lot of the parts will require clean up as there is a fair amount of flash. In addition, my copy had a couple of small indentations in the cockpit parts that will have to be filled. The inscribed details are nicely done and consistent with the scale. However, some of the inscribed areas will require refreshing with a scriber and small files. The kit’s layout is very simple and should provide the modeler with a straightforward build. That said, as with any kit lacking locating pins, a fair amount of test fitting (that’s code for align ‘n grind) will be required to ensure proper alignment of the major components (examples, fuselage halves and wing). 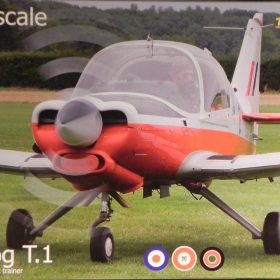 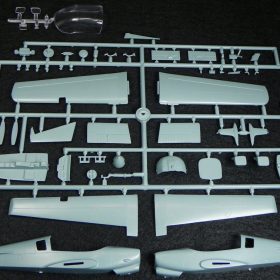 The cockpit is nicely detailed if not a bit sparse. It features nicely molded seats and an instrument panel that will benefit greatly from augmentation with aftermarket instrument dials and placards (Hello Mike Grant and Airscale). The one-piece canopy is clear and nicely cast and considering its size will be a prominent feature of the finished model so get your old bottle of Future floor wax ready. As with previous Tarangus kits, the decals are beautifully printed and in perfect register. The RAF version includes decals for the following Bulldog T.1 aircraft: 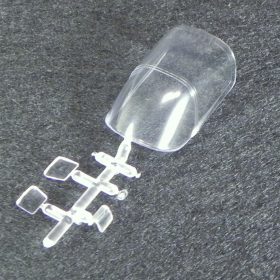 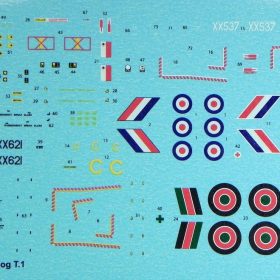 Well there you have. Did Tarangus let us down? Nope, not at all. This is ,however, a limited production kit and as such will require a fair amount of work to make a top-notch model out of it. Be prepared. This is one of those kits that will reward the careful and patient modeler with a novel and attractive build but leave him with a workbench covered in plastic shavings and dust. I suspect this will be the only injection-molded 1/48 Bulldog barking at our front door for a while so if you’re a fan of the type, you may want to consider getting one.

Thanks to Internet Modeler and Tarangus for the review sample.