It was many years ago that I built the old Matchbox Provost T.Mk.1 and was imprinted on the attractive, utilitarian lines of the airplane. This was the memory that flooded my mind as I held this new-mold Proctor there in Skyway Model Shop; my usual weekend hangout. Some planes look like they’d be fun to fly: think Bücker Bu-131, DeHavilland Chipmunk, and Tiger Moth. The Provost has that look and then some and from pilot reports, it lived up to this expectation. Since the plane has been so underserved by the scale modeling industry, it’s nice to finally see a quality, large-scale, injection-molded, Provost to fill the void. Thank You, MikroMir! 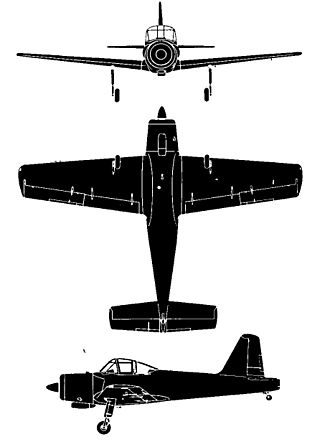 The Percival P.56 Provost is a basic trainer aircraft that was designed and manufactured by British aviation company, Percival.

During the 1950s, the Provost was developed for the Royal Air Force (RAF) as a replacement for the Percival Prentice. Designed by Henry Millicer, it was a single-engined low-wing monoplane, furnished with a fixed, tailwheel undercarriage and, like the preceding Prentice, had a side-by-side seating arrangement. First flying on February 24, 1950, the prototypes participated in an official evaluation, after which the type was selected to meet Air Ministry specification T.16/48.

The Provost entered service with the RAF during 1953 and quickly proved to be more capable than the preceding Prentice. It was a relatively successful aircraft, being exported for multiple overseas operators. Various models were developed (armed and unarmed) to meet with customer demands. The Provost was later adapted to make use of a turbojet engine, producing the BAC Jet Provost. During the 1960s, the type was withdrawn from RAF service in favour of its jet-powered successor. The Provost continued to be used for decades after with various export customers. 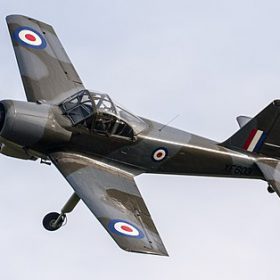 The origins of the Provost can be found in the issuing of Air Ministry specification T.16/48, which called for a single-engined basic trainer aircraft to meet Operational Requirement 257, seeking a replacement for the Royal Air Force’s (RAF) existing fleet of Percival Prentice trainers. A major priority of the specification was to introduce more direct supervision and observation of student pilots by instructors in order to reduce the rate of late-stage dropouts. On September 11, 1948, this specification was issued, attracting the attention of various aviation companies. The Air Ministry ultimately received in excess of 30 proposals. Percival was amongst those companies that decided to produce a response; their design has been attributed to the Polish-born aeronautical engineer, Henry Millicer (Millicer later moved to Australia, where he designed the award-winning Victa Airtourer light aircraft).

After reviewing numerous submissions, the Air Ministry selected a pair of designs, the Percival P.56 and the Handley Page H.P.R. 2, and issued contracts for the construction of prototypes to both companies. On January 13, 1950, Percival received a contract for a pair of prototypes, both of which were to be powered by the Armstrong Siddeley Cheetah engine. Additionally, the company decided to construct a third prototype, powered by the more powerful Alvis Leonides Mk 25 radial engine.

On February 24, 1950, the Armstrong Siddeley Cheetah-powered prototype serial number WE522 performed its maiden flight. Months later, an extensive evaluation was performed of the Provost prototypes, which were flown head-to-head with the rival H.P.R. 2 at RAF Boscombe Down; it also underwent tropical trials overseas. Reportedly, feedback from trials was largely favourable, especially of its handling characteristics, with only minor refinements being recommended. Ultimately, the Leonides-powered P.56 was selected for production as the Provost T.1; on May 29, 1951, an initial order for 200 aircraft was placed. During 1961, production of the type was terminated, by which point a total of 461 aircraft had reportedly been completed. The Percival Provost eventually formed the basis for a jet-powered derivative, the Jet Provost, which ultimately succeeded the piston-engined Provost as the principle RAF trainer. 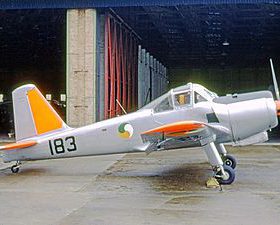 The Provost was an all-metal, single-engine, two-seat monoplane, featuring fixed conventional landing gear with a fully-castering tailwheel. It was developed to provide training that was better suited to the increasingly complicated operational aircraft that were then being brought into service. The main two seats in the cockpit were positioned in a side-by-side configuration, enabling the instructor to sit directly alongside the student, easing training by allowing for mutual close observation and for flight procedures to be more readily demonstrated; a third seat had been originally specified for use by an observer, but this position was later omitted following little use. The cockpit was considered to be relatively bulky among its contemporary rivals, a feature that did not heavily impinge upon the aircraft’s overall performance. The type was designed to be easy to maintain with various components intentionally interchangeable where possible. There was also a generous provision of access hatches in the fuselage.

Production aircraft utilized an Alvis Leonides 25 engine producing up to 550 hp (410 kW). The performance of this engine meant that the Provost was roughly twice as powerful as the preceding Percival Prentice. The engine operated smoothly across various speeds and produced relatively low noise levels from within the cockpit. The Provost had a roll rate and handling similar to the best fighters upon entering service. It was also known for its rapid rate of climb and generous power provision from its engine. Its performance level has been contrasted to that of aerobatic aircraft, which strongly appealed to some instructor-pilots, although it was deemed to be somewhat excessive for general flying purposes. According to aviation periodical Flight International, the stall characteristics of the Provost were relatively gentle, it was also quite easy to recover from a spin.

The three-piece canopy was designed for good crash worthiness and to facilitate instrument flying training in daylight, via extendible amber screens and blue-tinted goggles to prevent the pupil seeing outside the cockpit, while the instructor (wearing no goggles) could see through the amber panels. The Provost was also equipped with modern very high frequency (VHF) radio aids, which enabled pilots to conduct landings through cloud cover using a Ground Controlled Approach. 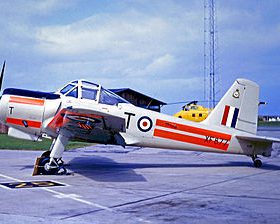 During 1953, the Provost entered service with the RAF with the first batch of aircraft being delivered to the Central Flying School (CFS) at RAF South Cerney. The CFS carried out intensive flight trials in May and June of 1953 prior to the commencement of instructor training. The Provost was more capable than the Prentice it replaced, which allowed students to move straight on to the De Havilland Vampire after training on the Provost. On July 1, 1953, 6 Flying Training School at RAF Ternhill started to re-equip with the Provost. The first student-training course to use the Provost started in October of 1953. No. 22 Flying Training School at RAF Syerston was the next to convert followed by 2 FTS at RAF Cluntoe, Northern Ireland, 3 FTS at RAF Feltwell, and then the Royal Air Force College at RAF Cranwell. By September 1954, the Provost had replaced the older Prentice in RAF service entirely with the last example being retired during 1969. 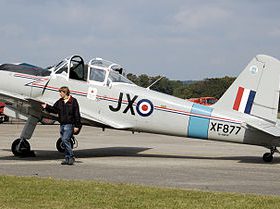 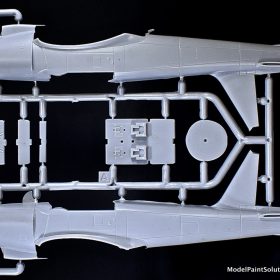 The initial impression is one of second generation Special Hobby/MPM. I am a huge fan Special Hobby and have insulated a lot of my shop with their unbuilt kits and have more of same, built, and on display in my cabinet so I mean that as a sincere compliment. That said, it also indicates that this is a limited-production kit that lacks the fidelity of a Tamigawa and will require extra effort to get the most out of what’s in the box. Such a build will force you to develop (or dust off) some handy building skills and require more forethought as to test fitting and sequencing. Once built, you will have a pronounced sense of accomplishment, more skills at the ready in your bag of building tricks, and a model that’s practically never seen at the local model show. That’s why I really like the old MPM/Special Hobby kits and why I’m loving this kit already.

There are not a lot of parts in this box (one bagged sprue) but close examination quickly reveals a a nice level of detail. The layout and engineering are conventional and will allow for a straightforward build but this will not be a shake ‘n bake by any means. 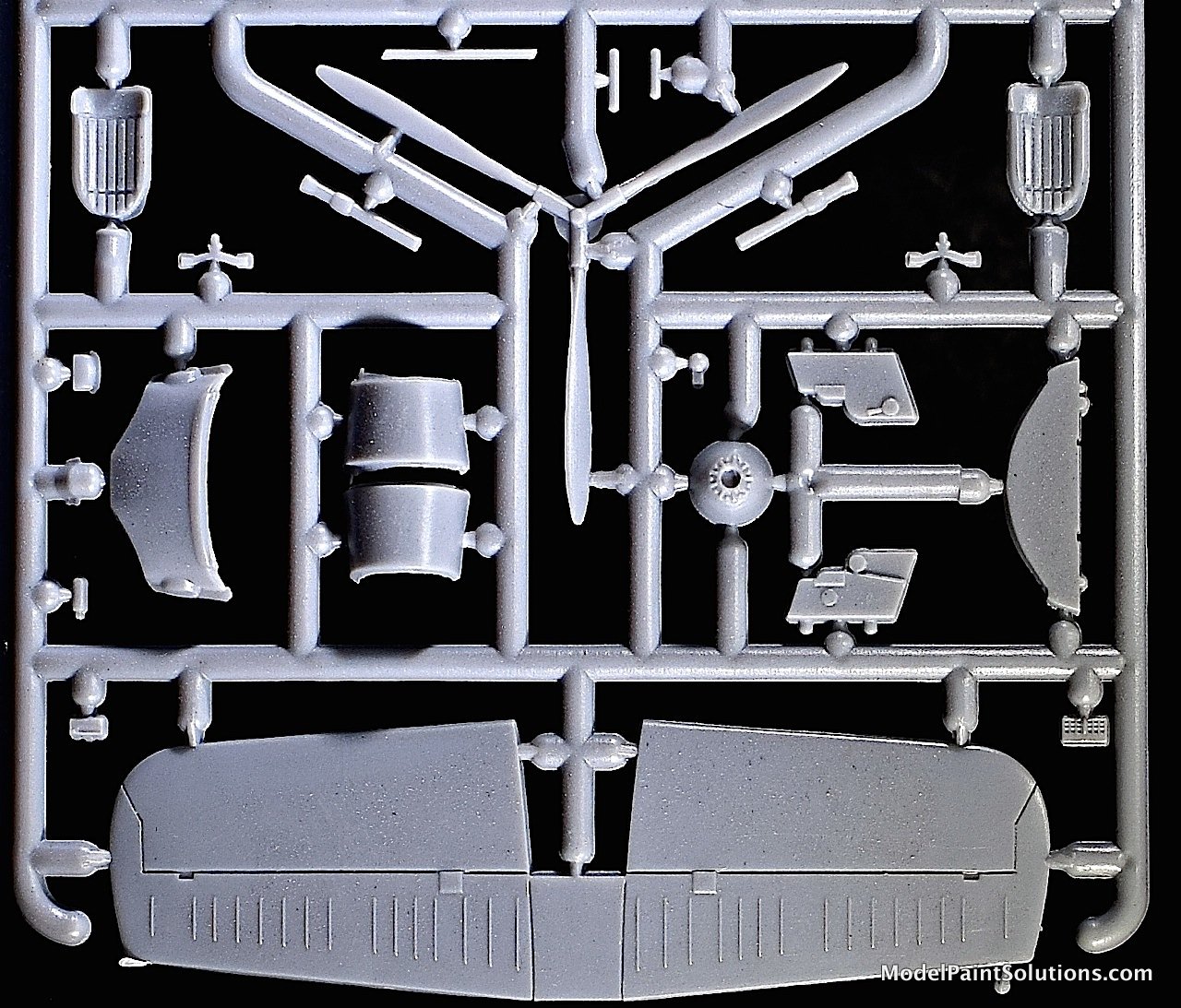 The sprue gates are somewhat thick and there is a bit of flash on some parts; typical with most limited run kits. Time will have to be spent removing and cleaning parts prior to priming.

The inscribed surface detail is sufficient for this scale and even throughout if not a bit soft in areas. A quick re-freshening with micro files and a scriber will be required to make some of the details crisper. 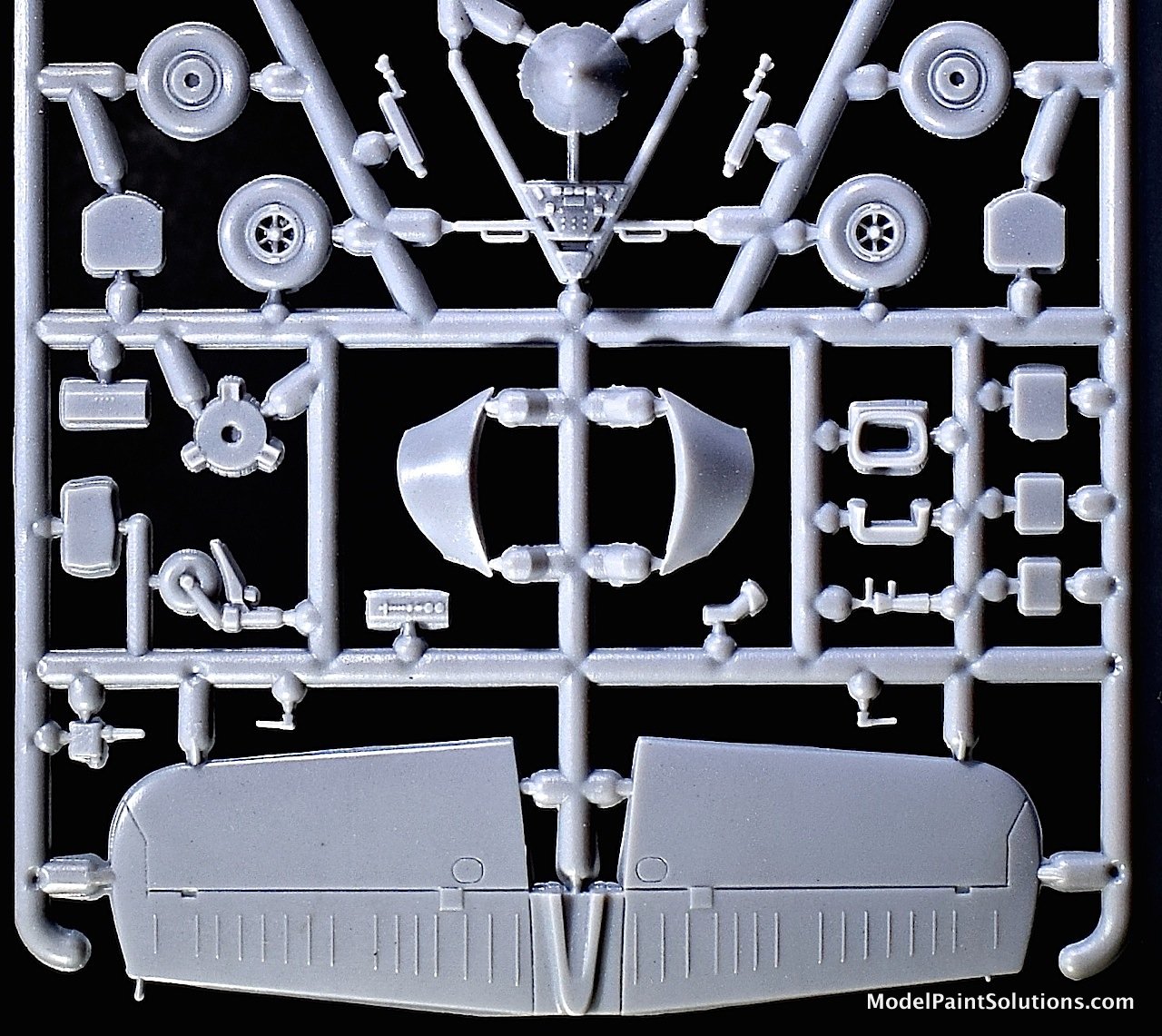 As usual, assembly begins with the cockpit, and what a large cockpit it is. This is the kind of kit that super-detailers can really make shine. The large instrument panel is composed of a decal with gauges sandwiched between a plastic backing and a PE front panel. This arrangement is sufficient, but given how visible the panel will be when the model is complete, replacing the gauges with one of multiple aftermarket options would really look awesome. 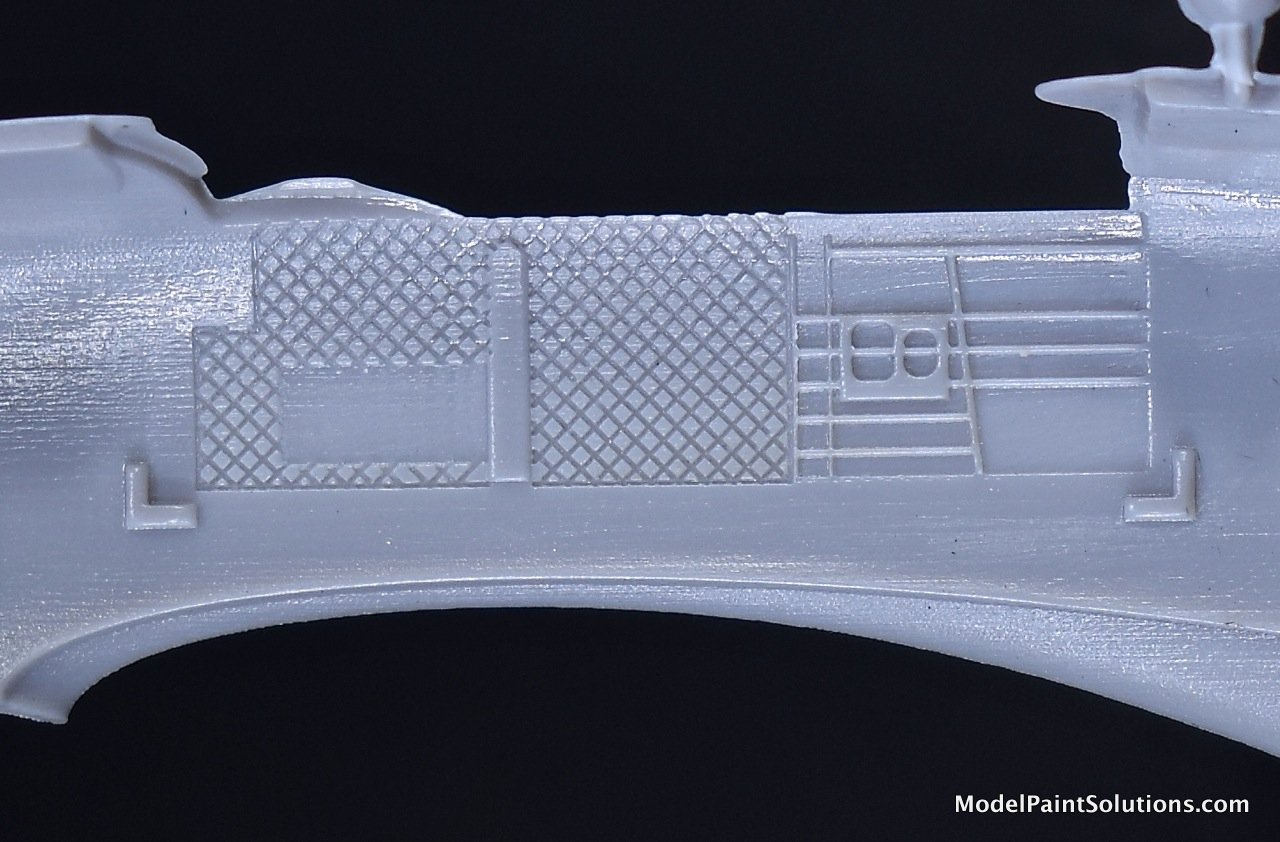 The seats, center console, sticks, rudder pedals, and rollover support are all nicely molded and sufficient but crying for additional detail in the form of levers, toggles, etc. Photo-etch seat harnesses are provided but you’ll want to have your spares box at hand at this point in the build. As with the rest of the cockpit, the fuselage side panes are sufficiently detailed, as is, but would benefit from some augmentation.

The assembled cockpit and engine are trapped between the fuselage halves, which fit very well after a little dressing with sanding sticks.

The wing is composed of a full-span lower piece with two half-span upper pieces. The horizontal stabilizer/elevators are halved and the rudder is a single piece. The main gear legs are single-pieces as are the nicely molded main wheels. 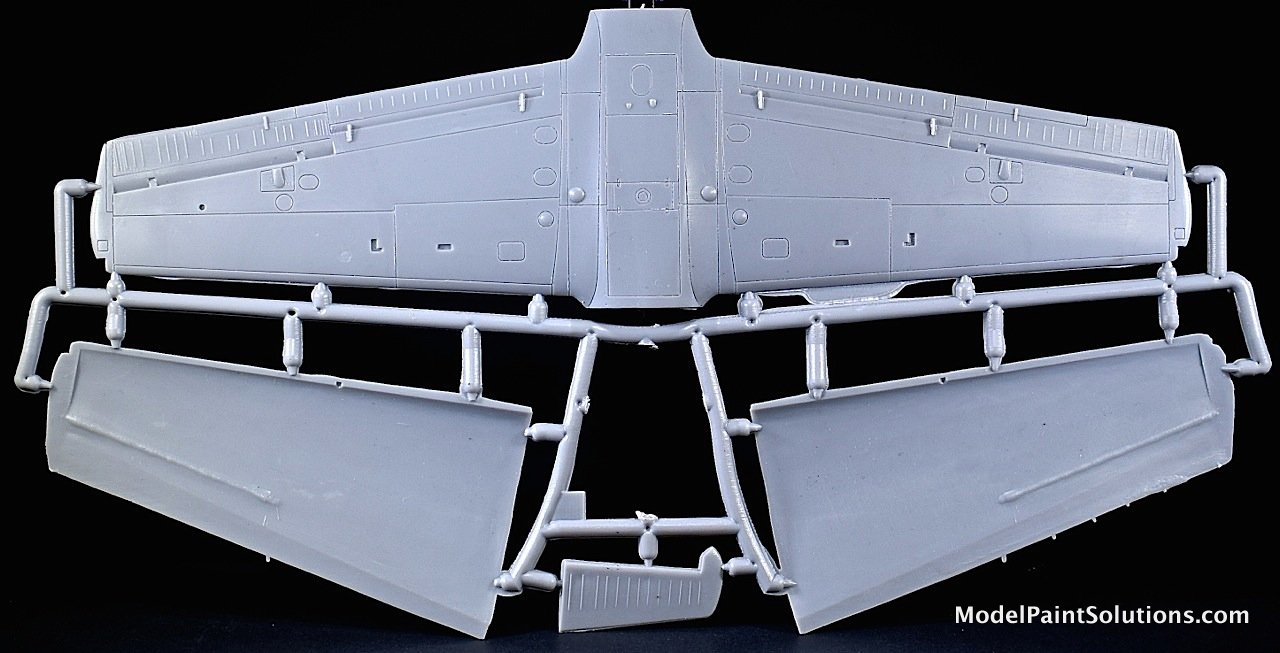 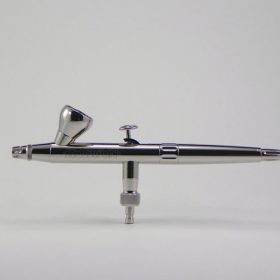 Various airframe details such as actuators, wing tie-downs, windscreen wipers, and antennae are provided in PE and will add a lot to the completed model. 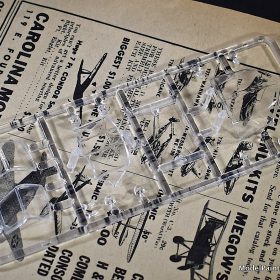 The canopy parts are clear and nicely molded. A little wet buffing with Novus plastic polish and they’ll be ready for use. The die-cut masks have crisp edges and look sufficient for the job. 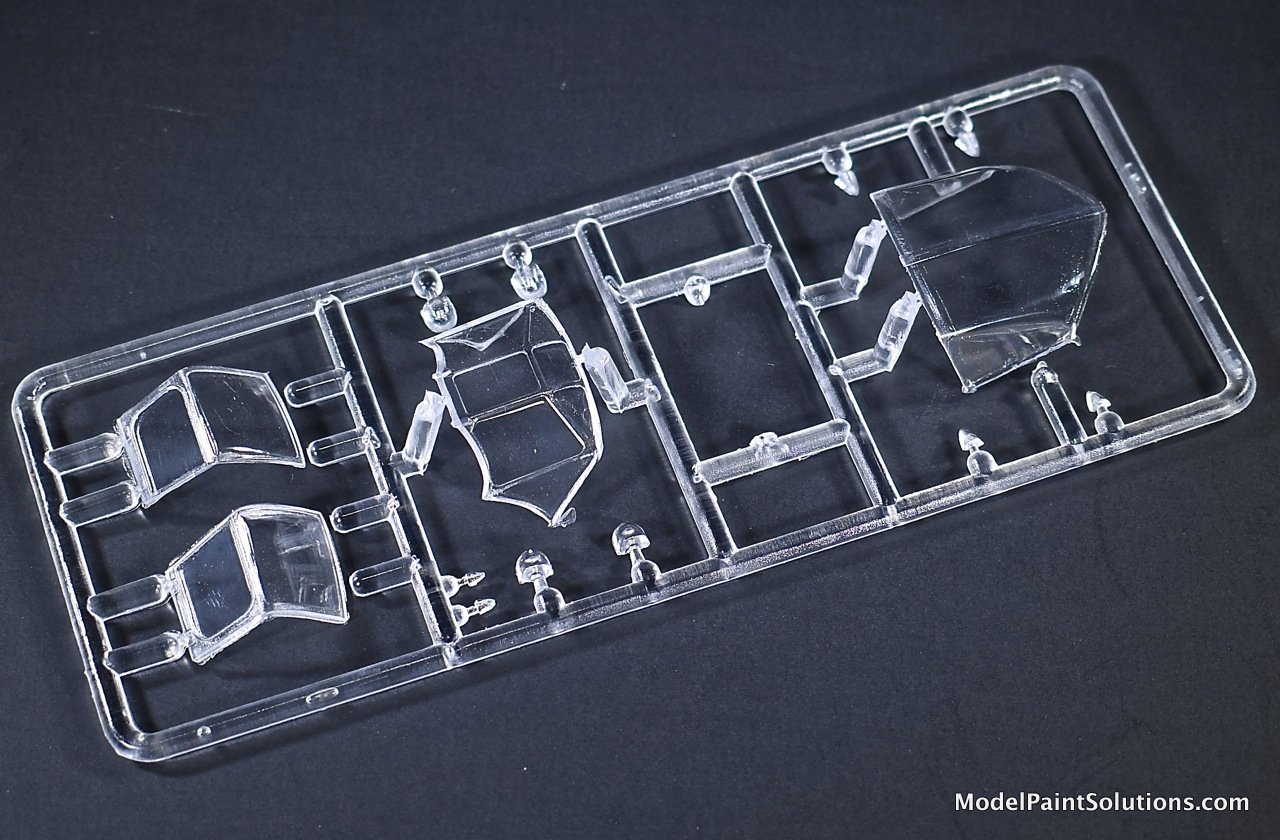 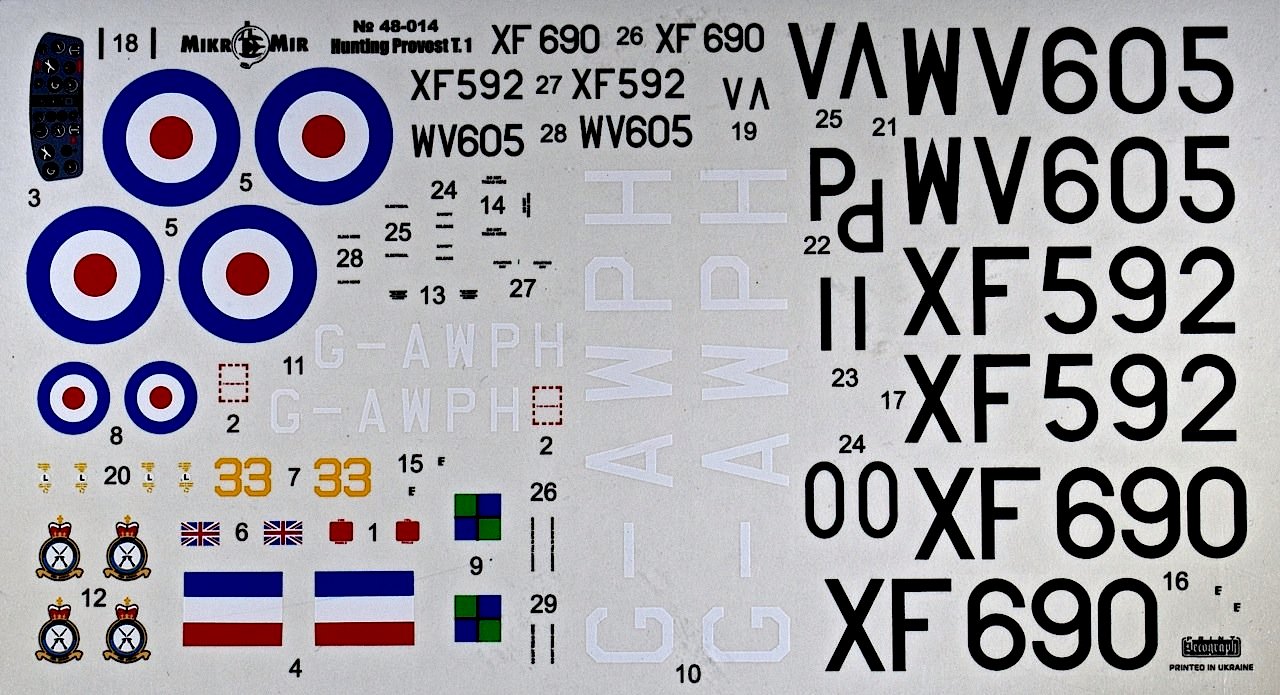 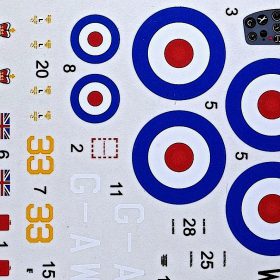 The decals, by MikroMir, are well printed with good color density. Markings for three airframes and airframe stencil data are provided as follows: 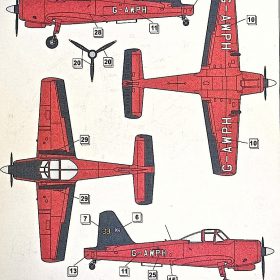 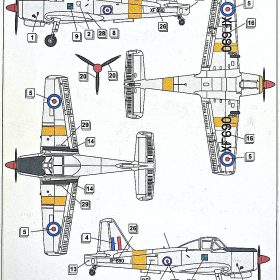 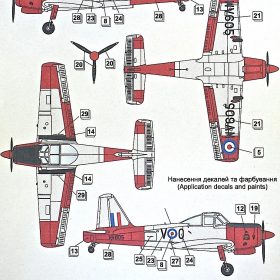 This is a very neat kit: if there were only more modeling hours in the day. The engineering is simple, the details are sufficient, and the completed model will be a head-turner at the next model show. Those of us imprinted on the Provost in our childhood will need no prodding to give this kit a go. A sincere thanks and well done to the folks at MikroMir. 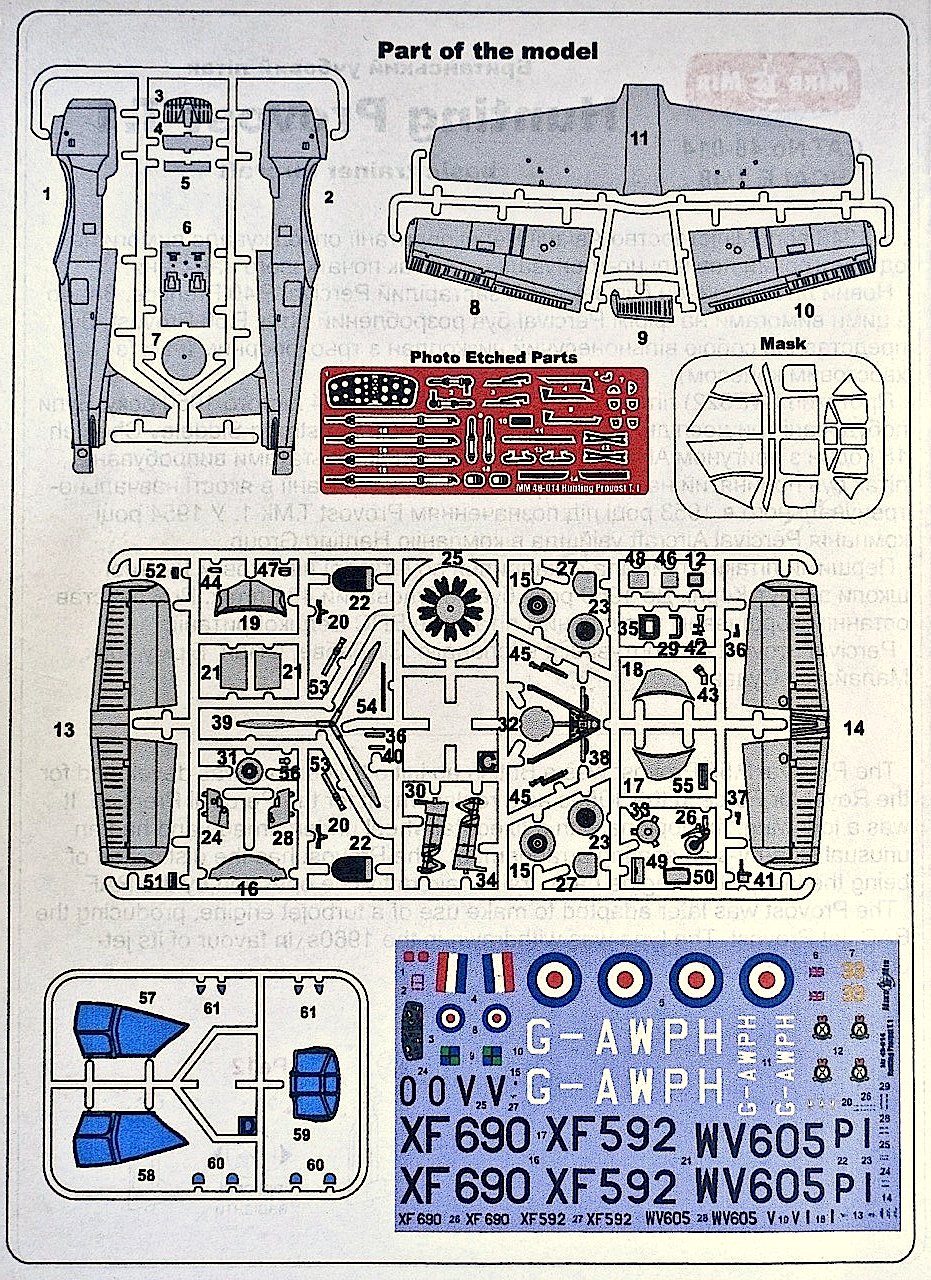 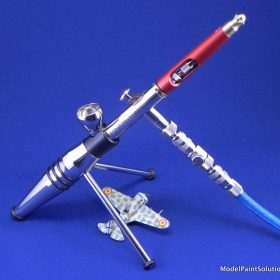 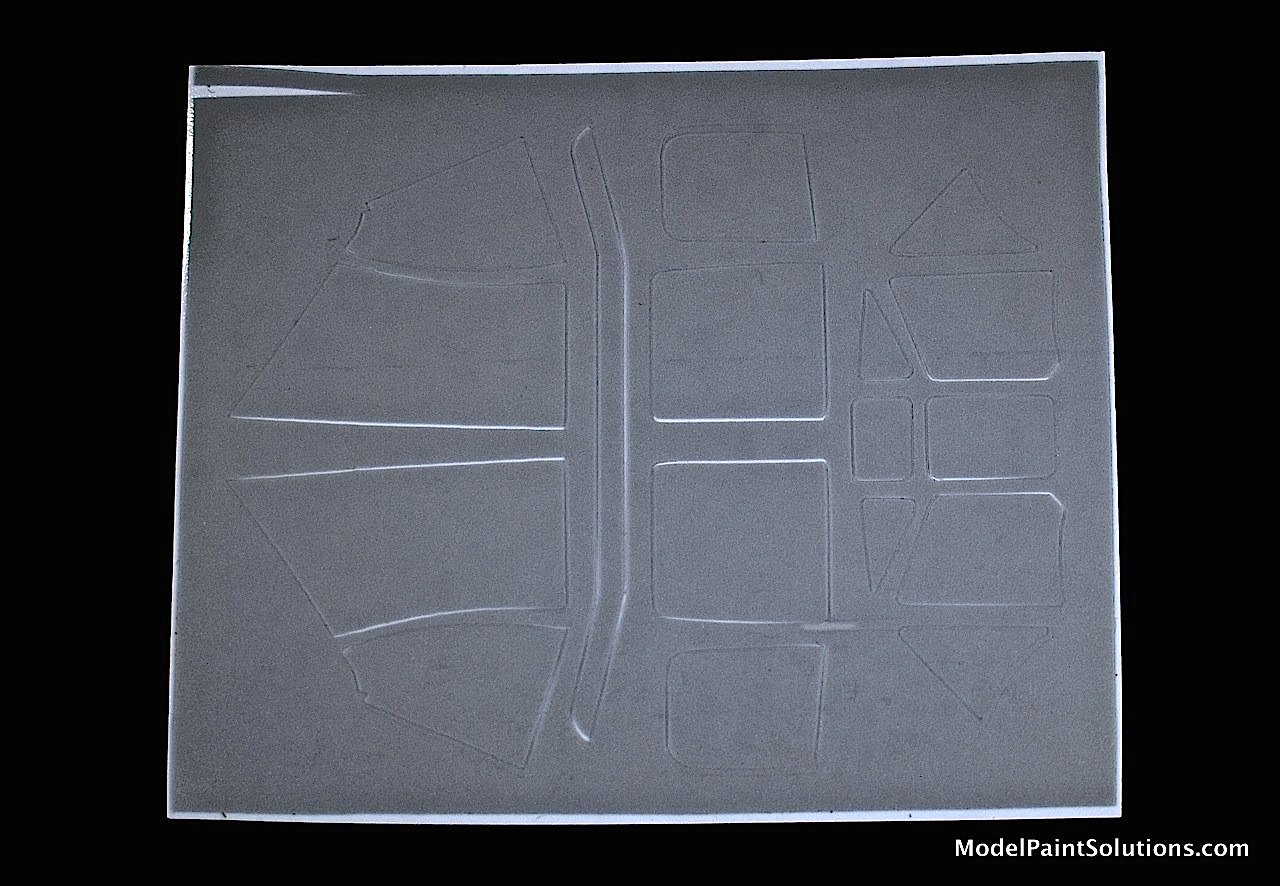 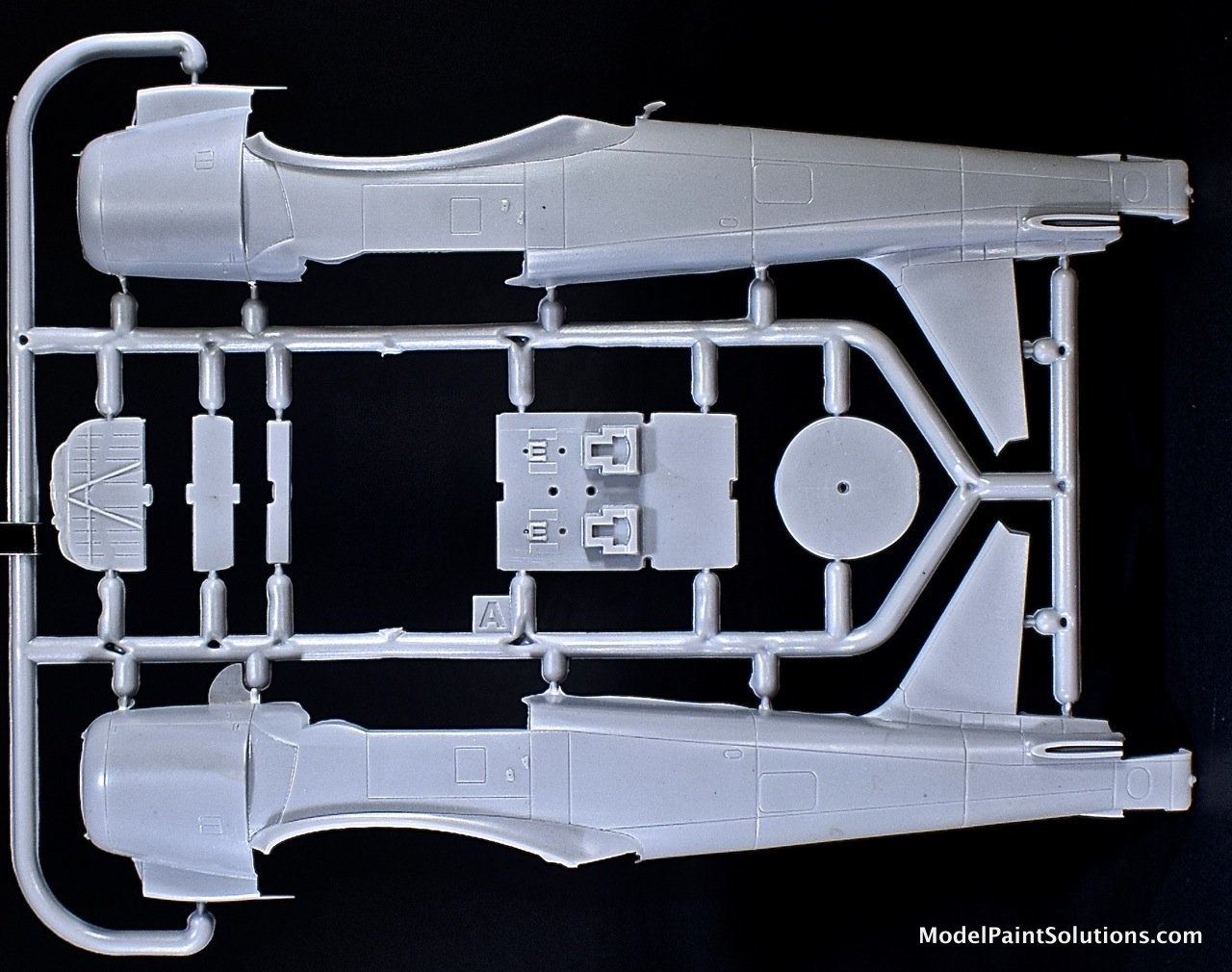 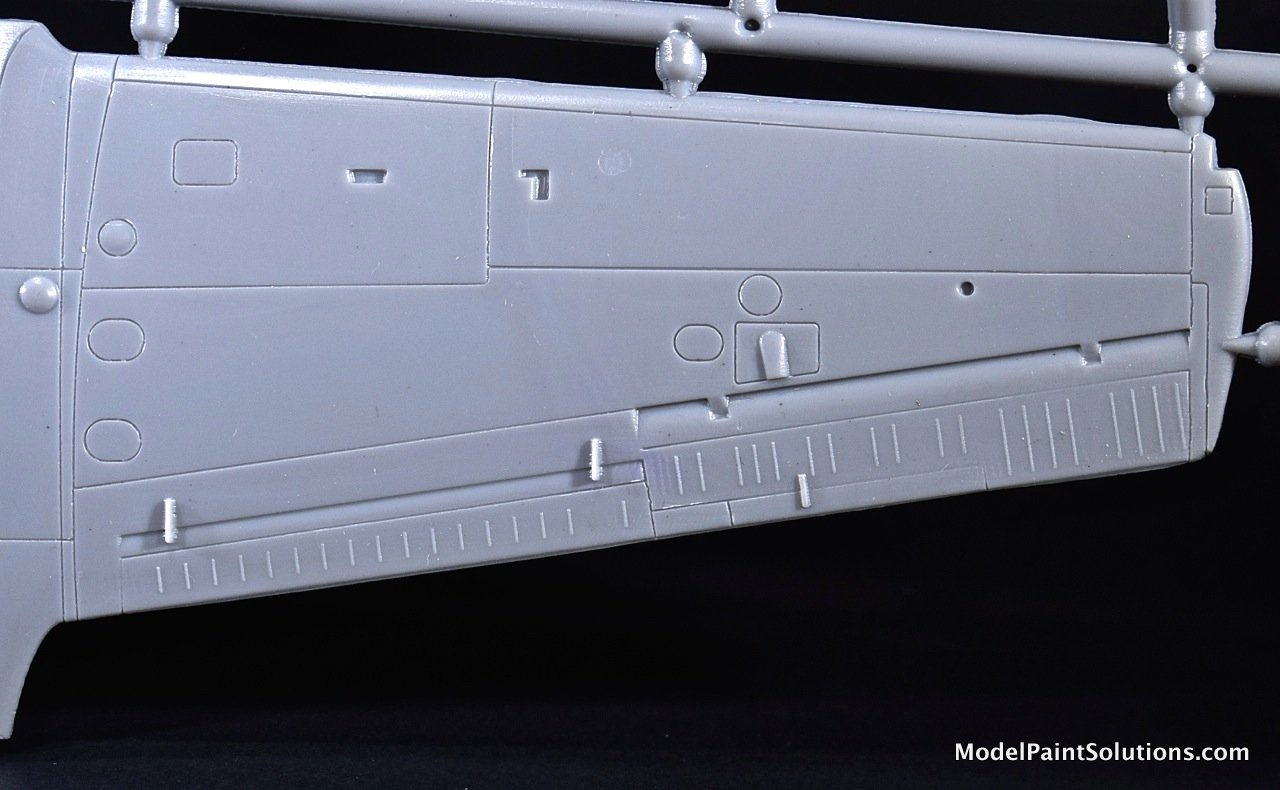