I saw this kit while patrolling Skyway Hobby Shop, my normal weekend hangout, and knew immediately that it was coming home with me. One part P-38, one part Bat Plane: I half expected to find a figure of Bruce Wayne inside the box. What I found was 167 pieces of light grey plastic that, at first look, revealed molding and engraved details that ranged from great to fair. But, did you see how cool this thing looks? For that matter, did you see how big it is? If you find this model as interesting as I do, I’ll be starting an In-Progress Build Guide of the M-17 very soon. The guide will be updated weekly as I make progress on the kit so check back and see what’s entailed in building and finishing Modelsvits’ M-17 Mystic-A, kit #72024. 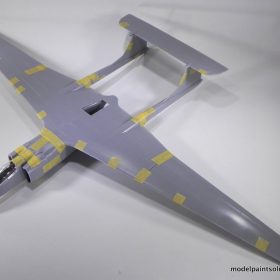 In the 1950’s and 60’s the U.S. instituted several intelligence programs that utilized high-altitude reconnaissance balloons. Released from friendly territory, the balloons would ascend into the jet stream and thence over the Soviet Union and the People’s Republic of China. To combat the balloons Myasishchev proposed Subject 34, a single seat, turbojet-powered, twin-boom, high-aspect-ratio aircraft nicknamed “Chaika”: Russian for Seagull due to the pronounced anhedral of it’s wings. Before Subject 34 could be developed, the balloon programs were terminated due to the success of the Keyhole reconnaissance satellites of the U.S. Corona program and the emergence of the Lockheed A-12.

Development of the Chaika continued with the prototype being completed in 1978. The aircraft was lost the same year in an unfortunate incident wherein the pilot pulled the aircraft into the air during a fast taxi in order to avoid a snow bank. The aircraft then struck a hillside and was destroyed.

A reconnaissance version of the Chaika was developed as the M-17 Stratosphera (NATO reporting name Mystic-A). The M-17 featured a revised airframe that included straight tapered wings, a shortened fuselage pod, and an un-reheated Kolesov RD-36-51 turbojet engine. The prototype M-17, serial number 17401, flew for the first time on May 26th, 1982. Eight years later 17401 with Vladimir V. Arkhipenko at the controls set an altitude record of 21,830 m (71,620 ft) for class C-1i (landplanes with a take-off weight 16 to 20 tons). Luckily, markings for this historic, record setting aircraft are provided in the kit.

Before it’s retirement in 1987, the Mystic-A set a total of 12 FAI world records, 5 of which still stand. The final development of the M-17 design, the M-55 Geophysica, first flew in 1988 and reportedly continued in service as a research platform into the late 1990’s.

The kit is molded in a light gray plastic that is easy to work with but a bit brittle. Extra care should be taken when removing parts from the sprues. The engraved details are nicely done for the most part and on par with Hasegawa in a some areas. That said, there are more than a few lines and details that are uneven or incomplete and will need to be cleaned up and re-worked with files and a scriber. 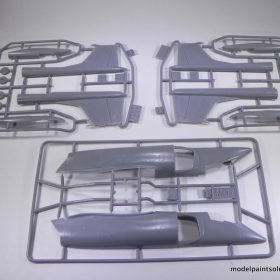 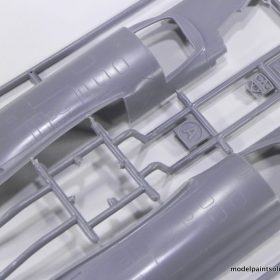 Overall the fit of the parts is good but there will be some adjustments and a fair amount of test fitting required. You should also plan to have a few sanding sticks at the ready and maybe a mini shop-vac: she’s gonna’ be a dust-maker. 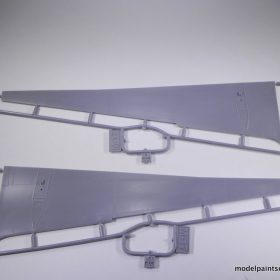 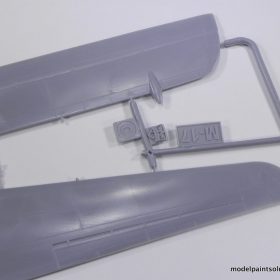 What’s impressive about this model beyond the size (more on that later) is the fidelity of the molding evident on some of the smaller parts. The 25 parts (yea, you read that right) that comprise the ejection seat are beautifully cast. Ditto that for the 19 parts that make up the boarding ladder–really. Only the clear parts leave a bit to be desired as they are somewhat distorted with a rough surface texture. I suspect they will respond to polishing with Novus-2 and -3 and a quick dip in Future floor polish. 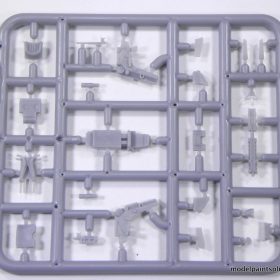 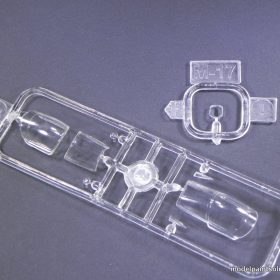 One very nice feature of the kit are the decals. As previously mentioned, decals are provided for aircraft #17401: the record-breaker. Markings for aircraft #17103, an airframe that’s currently on display at the Monino Air Force Museum near Moscow, are also provided. The decals (by Modelsvit) are in perfect register with color intensities that seem appropriate. They feature little carrier film and appear to be very thin. How they respond to water and decal solvent remains to be determined but initial impressions are very positive. 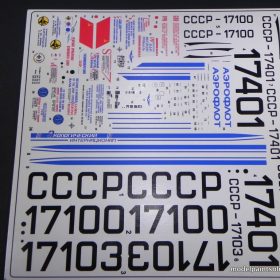 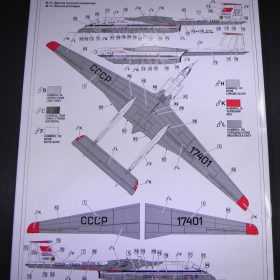 Lastly, size: did I mention this is a big model? Measuring a little over 22 inches tip to tip and about 1 ft. nose to rudder, it’s going to take up a lot of shelf space so be forewarned. 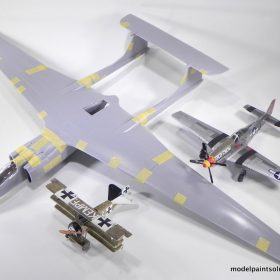 This kit is a bit of a mixed bag but definitely worth tackling just for the “cool” factor. It’s going to take a little extra effort, as removal of some of the more fragile parts should be done carefully: perhaps with a micro-saw. Likewise some work will be required to assure a good fit of all the major pieces. The lower wing parts in particular require slight re-shaping to ensure a proper fit. Other than that, the kit should come together nicely and I highly recommend it to anyone with a little experience with limited run kits. 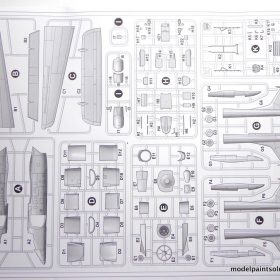 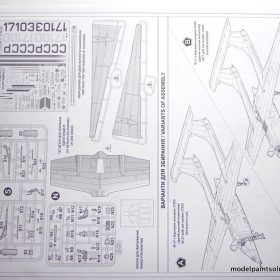