(Editors Note: Jim Bates, a scale Canadian, is back with a review of the astonishing 1/72 figures from Reed Oak. I’ve never seen any figures as detailed as these: amazing. Many thanks as always, Jim) 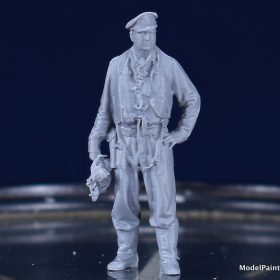 Over the last few years, many of us in the modeling community have been following the rise of 3D printing both for detail parts and as masters for resin products. Shapeways has some nice products available, but at times their printing is not up to task in reproducing the fine detail of the digital designs.  However, I’ve heard there were other parties out there doing some amazing work, one of these being Reed Oak from France.  I had seen some pictures of real excellent larger scale figures, but it was hard to believe that this technology could provide good detail in 1/72.  However, a conversation with one of the principals from Artifact Miniatures at the 2019 Northwest Scale Modelers Show piqued my interest enough to place an order from Reed Oak for two 1/72 figures: a Mosquito Pilot and an RAF WAAF. The WAAF figure will be the subject of a future review. 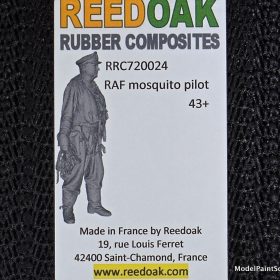 A few weeks after placing the order a small package arrived with the two blister packs, each containing one figure. 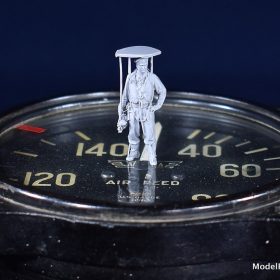 Opening the blister pack revealed a dark grey figure within a small bag.  My first reaction was “Wow, this poor wee man has his head in a cage.”

Much like an injection-molded part, the figure has to be removed from its sprue. While it takes some precision due to the size, clean up was pretty easy with just a fresh scalpel blade. 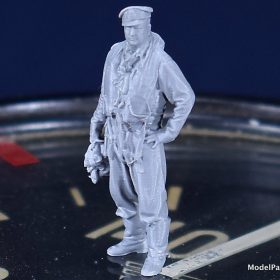 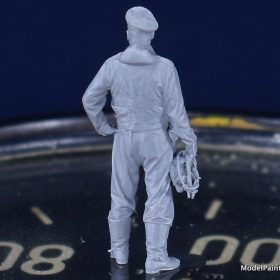 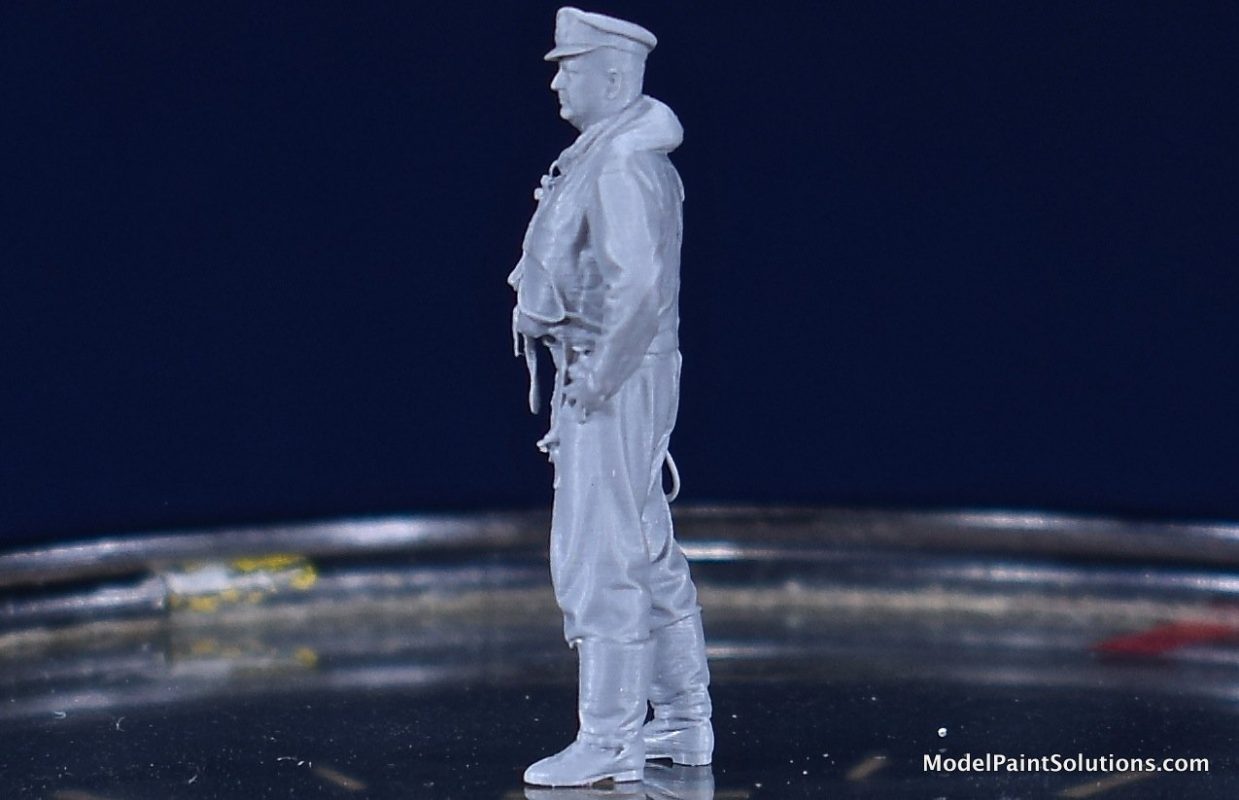 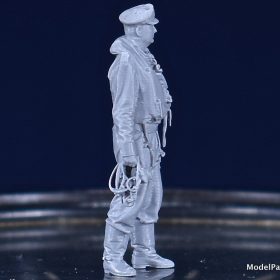 Each support readily separated from the figure and any residual material was easily removed by gentle scraping with a sharp blade. 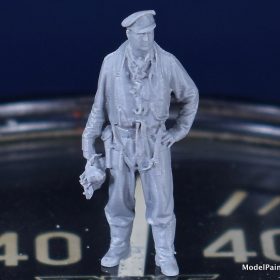 Removing the supports and cleaning the figure took all of ~20 enjoyable minutes of work all done under bright light with 7X cheater glasses. 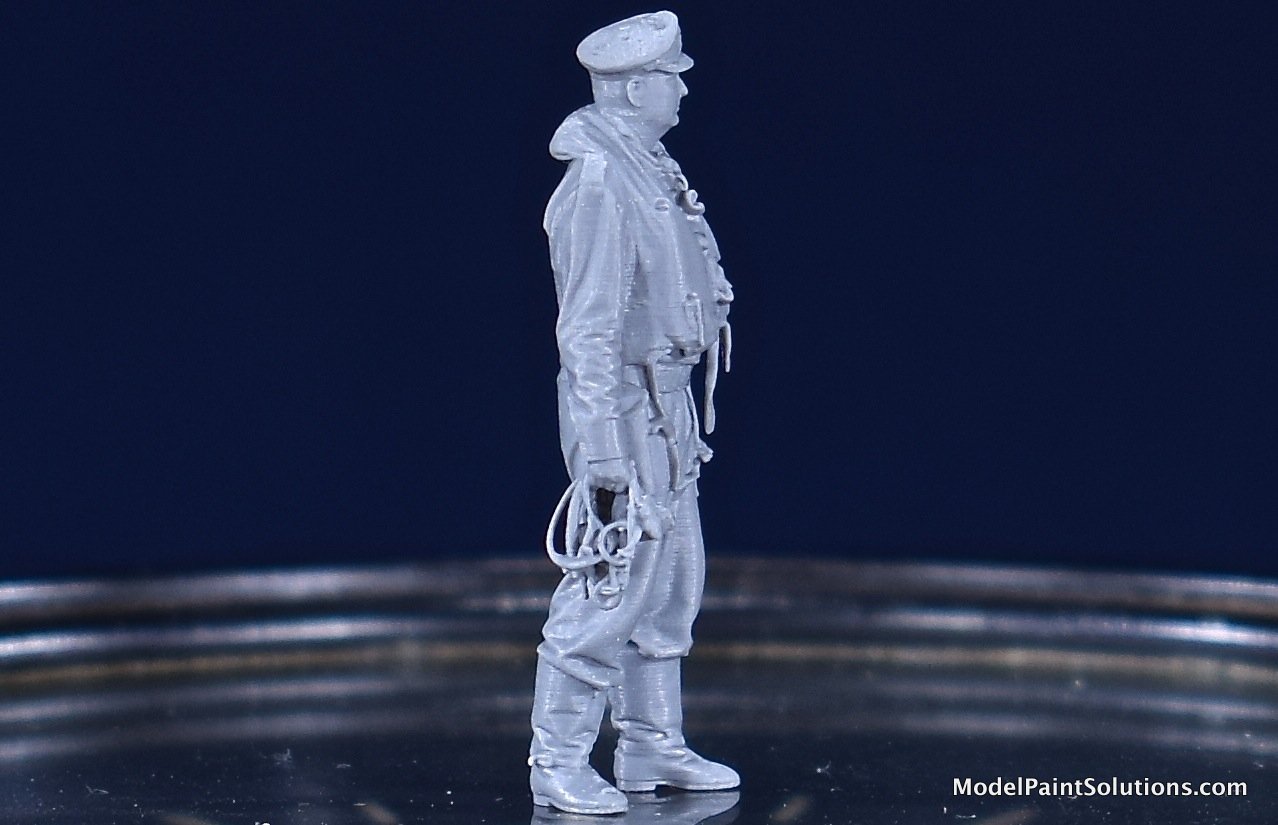 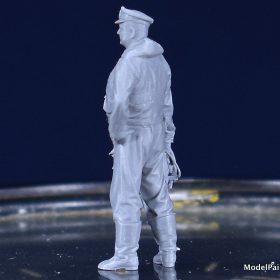 Good light, magnification, a sharp blade, and patience is required to do these figures justice while cleaning them up else damage could easily occur. If one wishes to pay extra, Reed Oak will remove the sprue for you. Now that’s service.

The fidelity of detail is simply stunning. 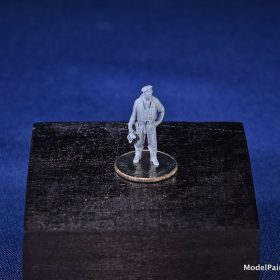 It will take an excellent figure painter…not me…to really do justice to these figures. This is about as far from those old soapy soft plastic Airfix 1/72 RAF personal that I tried to paint as a child as one can get. Sure they aren’t cheap, but these may be the best 1/72 figures I’ve ever seen. Stunning.